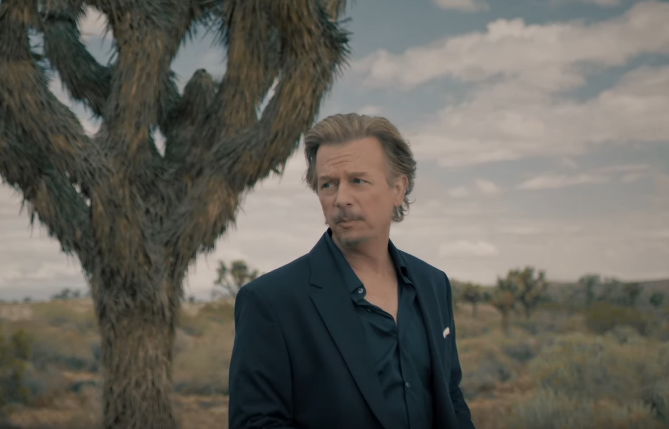 The lights are going out on Lights Out with David Spade. Comedy Central has cancelled the late night talk show, but it is trying to find a new home for the series. The Spade series went into production shutdown last month, and it will not return to Comedy Central, per Variety.

The report revealed that “the move comes as Comedy Central has experienced both a massive influx in viewers and disruption to its programming pipeline amid the pandemic.”

Several of their programs, including The Daily Show, went off the air due to the pandemic, but some have returned. David Spade’s show was not one of the lucky ones. The series’ first season was set to air episodes through June.

What do you think? Did you watch this late night show? Do you want it to find a new home?

What is wrong with you Comedy Central?! The funniest thing on anywhere! No stupid Trump politics or voice imitations etc to continue depressing you. Just fun and funny people. Do you know how lucky you are/were to have Spade? Did you see the panels ? Sandler, Nealon, Carrey, Short, Miller, McDonald etc. And he keeps me laughing thru this pandemic with his daily lo-fi show. So disappointed and disgusted!!

I loved Lights Out with David Spade! Please bring it back!!

Loved it, hope it gets picked up.

I really loved it, after Big Bang theory finished last year finally I laught with David and we need that …a lot…please renew it.

I sure hope some other cable channel picks it up. I thought the show added some of-the-wall insights.

Terrible decision by ComCent. Spade had found a good formula, and it was a legit funny show. I think it’ll get picked up by someone else, like Netflix. It’s too good too die on the vine.
Spade is posting stuff daily on his YT channel. Funnier than the big 3 late night hosts are putting out.

Spade is needed. Please find a new home for him.

Put his show in place of lAte show,he’s way funnier ,than trevor noah !!!

Comedy central continues to prove how stupid they are. Spades show was the only good thing on that **** network. Hope Spade finds a new better home.

I thought it was cool and I am not a huge Spade fan, but he did this well, it was funny

I really enjoyed it. I hope it finds legs at another network. Started off a little tentative, but Spade got his damn groove on and the show was cookin’!
I’ll follow Lights Out wherever it goes. Go ‘head, Spade!

Watched every episode, very funny. Spade and his guests always on! Keep the lights on (the air)!

Don’t miss an episode and hate to see it go! Comedy Central’s loss. Hope he and his wonderful writers/friends find a GREAT home! Don’t let us down, media!