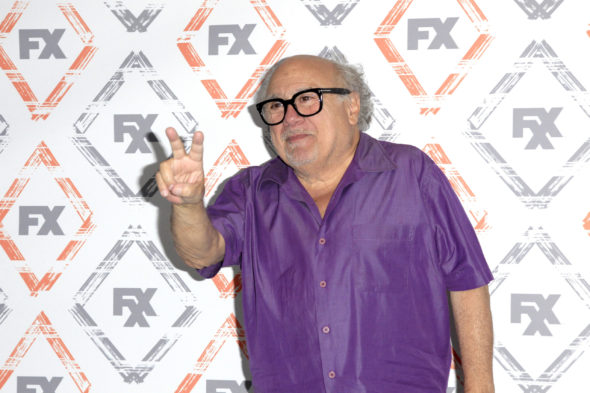 Little Demon is headed to FXX. The cable channel has ordered a new animated series featuring Lucy and Danny Devito (above). Aubrey Plaza also stars in the comedy series about a woman who has the Devil’s child.

FXX revealed more about Little Demon in a press release.

“FXX has ordered the new animated comedy series Little Demon, it was announced today by Nick Grad, President, Original Programming, FX Entertainment. The half-hour series is created and written by Darcy Fowler, Seth Kirschner and Kieran Valla, and features Danny DeVito, Aubrey Plaza and Lucy DeVito among the voice talent. Little Demon will premiere on FXX and be available to stream the following day on FX on Hulu.

Thirteen years after being impregnated by the Devil (Danny DeVito), a reluctant mother (Aubrey Plaza) and her Antichrist daughter (Lucy DeVito) attempt to live an ordinary life in Delaware, but are constantly thwarted by monstrous forces, including Satan, who yearns for custody of his daughter’s soul.

A premiere date and additional cast for the animated series will be revealed at a later date. Check out the announcement for the new series below.

some kids really are from hell. the animated show ‘little demon’ has received a series order from FX, starring @evilhag as a single mother of a daughter (@lucydevito) spawned by the devil (@dannydevito) – from creators darcy fowler, seth kirschner and kieran valla. pic.twitter.com/PAqnIZ6MaH

What do you think? Are you planning to check out the Little Demon TV show on FXX?

Sure, why not. Though I don’t think I was ever that short.