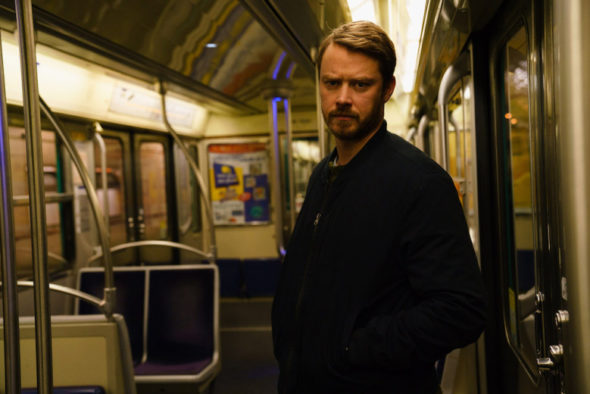 Any plans that John Tavner had for future missions have been cancelled — permanently. Amazon has decided not to order season three of its Patriot TV series.

This political thriller follows intelligence officer John Tavner (Dorman). With only his unsafe “non-official cover” as a mid-level employee at an industrial piping firm, Tavner is on assignment to stop Iran from going nuclear. Lingering PTSD, governmental ineptitude, and meeting the requirements of his cover, cause spiraling blunders which threaten his mission. His penchant for smoking pot and writing all too confessional folks songs don’t help matters. And then there’s the trail of dead and maimed bodies he leaves in his wake.

What do you think? Did you enjoy the Patriot TV show? Were you looking forward to a third season of this Amazon series? Are you surprised that it was cancelled?

Great show, definitely an original but it looks like we all have to settle for all the other recycled garbage being pumped out because this one was axed! Disappointed that this was cancelled.

Like everyone else is saying here in the comments, it is really disappointing that Amazon canceled this. I just watched both seasons again, because I figured season three would be coming soon, only to find out I don’t get to see what happens after the English channel! What?

This was one of the best series I’ve seen, and done better than just about any other spy series or movie.

Amazon, it’s not too late: please reconsider continuing this series.

This was one of my all time favorites!

Sadly, I’m not surprised. Any show that portrays too closely what is really happening gets canceled.
Great show, I’m very disappointed!

Very disappointed that there is no season three. I hate when they cancel shows and you are left hanging. Please reconsider. This was a fantastic show.

Best show on TV. Should do third season

Patriot is on my top 5 list. Smart, edgy, quirky…a damn good show. I’m so disappointed and just not sure what to think as to why such a stellar show is cancelled? Amazon has had a reputation for pushing the limits and bringing truly unique viewing. Is this coming to an end? Please Amazon, reconsider.

Amazon should really do another season. This is by far the best content they have to offer

This show was so well done and it’s a shame to see it go.

Rx—bring back this exceptional series…so it can rock us with the sure shot!

Patriot was awesome…the should bring it back!

I loved this show. Had never heard of it, but gave it a try. It just kept building each episode, getting funnier and making sense tying more and more little things together. Really enjoyed it!!!!

Patriot was an excellent series! Wow…very surprised they cancelled it!

Best TV series I’ve ever seen. Both deeply comedic and tragic. Simple yet most complex masterpiece. If only they had vision in the Amazon front office, they could have really made something special even more special.