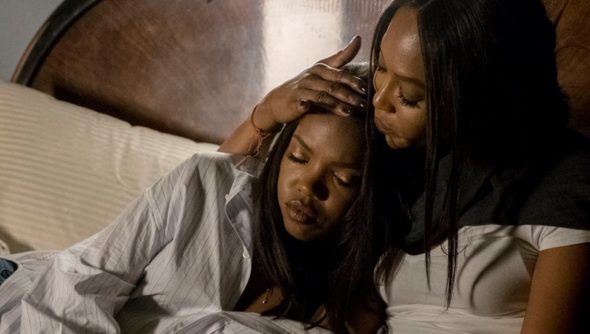 Do viewers still want to follow along as the singers on Star continue to navigate the road to success? As we all know, the Nielsen ratings typically play a big role in determining whether a TV show like Star is cancelled or renewed for season four. Unfortunately, most of us do not live in Nielsen households. Because many viewers feel frustrated that their viewing habits and opinions aren’t considered, we’d like to offer you the chance to rate all of the season three episodes of Empire here. **Status update below.

What do you think? Which season three episodes of the Star TV series do you rate as wonderful, terrible, or somewhere between? Are hoping that Star will be renewed for a fourth season? Don’t forget to vote, and share your thoughts, below.

Noooo…..why???? Maybe people recorded it instead and watched it all at one time….like me!!! I absolutely loved this show! I can’t believe it got cancelled….what the hell??!!! Who ever decided this sucks!!

That’s fucked up I love this show !!!

Star was the BEST show ever. Fox is absolutely STUPID FOR CANCELLING this show I’m so very disappointed.

All were great enjoyed the show very much, loved every episodes. Hope it comes back. Left me on the edge waiting for new season.

I know for a fact that Star is coming back cus it said season finale not serious finale so that means they gonna do an season 4 cus they cancelled Star at the very last minute unexpectedly. Please Fox bring back Star cus I know y’all not gonna leave us hanging of wat happened cus I wanna who died at the wedding and what Star gonna do what her baby I need to know a lot of wat happened in the next season. So please Fox bring back Star to it’s home on Fox where it belongs

I am very disappointed that Star has been canceled

that’s ******** I love the show star and have been waiting and so excited to see season 4.wth why cancel it.hell no u cant leave all us star fans hanging like that.hell no.where is stars son who took him who died at alex’s wedding reception theres Ali kind of questions that need to be answered.its ******** if they cancelled so

Please please please renew Star! I hope to God someone picks up the show! It’s been so amazing to watch from the very first episode. It’s musical genius and relates to so many women in many different geographic. Especially minority culture. I can’t be left like this!

I absolutely love this show!!! I get sucked in for hours on my days off and slow nights at work. I really hope they get Star back on air. I just keep rewatching season 1-3 . And I bought a couple songs from the show off Google play. Love listening to their songs on the way to work and roadtrips. Please bring this show back on Hulu. And Even better for multiple seasons.

Please renew Star. You don’t know how much this show reflects on all of us in Coshocton Ohio. Litterly there about 90 of us girls who rush home when stars epsiodes get released to watch them.. star is more like real life then half this stuff you renew. Littlerly there are men in are town who is actually stuck on star. Even after saying they won’t watch it cause it’s a chick flick. They litterly find there self stuck I the show. . Honestly I think you made the biggest mistake ever by not renewing Star. Then to cancel after… Read more »

I stayed up just to watch this series i love it way more than Empire, Originals, Vampire Diaries. Its a wonderful movie i really Love it. Please show season four cant wait to watch. Jude Demorest i love your acting and voice. Wonderful Cast. Thumbs up guys

I love this show to pieces. But my question is how can the show end like it did? I feel like loyal fans have been cheated