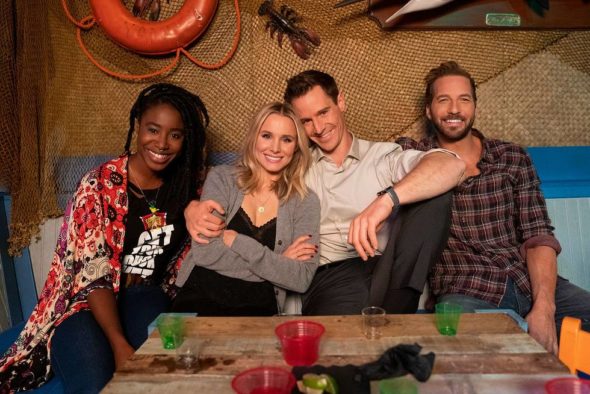 Is Neptune’s favorite female detective still worth watching on season four of the Veronica Mars TV show on Hulu? As we all know, the Nielsen ratings typically play a big role in determining whether a TV show like Veronica Mars is renewed or cancelled. Hulu and other streaming platforms, however, collect their own data. If you’ve been watching this TV series, we’d love to know how you feel about the Veronica Mars season four episodes. We invite you to rate them for us here.

What do you think? Which season four episodes of the Veronica Mars TV series do you rate as wonderful, terrible, or somewhere between? Should Hulu renew Veronica Mars for a fifth season? Don’t forget to vote, and share your thoughts, below.

What do I think? I think there needs to be a Season 5 because I, Logan, am alive and well and my special ops assignment is going to come to an end, I hope very soon. It has luckily not literally killed me that Veronica still doesn’t know that I’m still here. She had already been through too much in her life — being abandoned and robbed of her life savings by her alcoholic mother, rejected by friends, raped, had her best friend murdered, and survived a near-death experience herself. She said that if she ever lost her father or… Read more »

Season 4 of Veronica Mars was a huge letdown. It was a poor season. The mystery is very sloppy, predictable, with so many pot holes; lazy writing. I was disappointed by the cruel lack of time for important original characters. Veronica has regressed, her soft core, she used to be a marshmallow, barely shown all through the season. The last 10 minutes are awful. The death of one of the most beloved characters of the show, who has the best story arc is extremely badly handled, it was soapy and cheesy. Such a disservice to an amazing character and just… Read more »

Cancel it. They exploited fandom goodwill for 15 years, only to give us a shitshow in return. No thanks. I’m done supporting Mr Thomas.

Renew Veronica Mars for a season 5!!!!

As a completely different show, Season 4 of Veronica Mars would be watchable. As a continuation of a established show, it was a discordant watch almost from the first episode. It seems apparent that the show runner, main actress and Hulu executives believed that the titular character was the only reason for continued interest in the show, and so wrote a season specifically designed to shoehorn that character into a different genre. To do that, they had to completely ignore her current age, and previously shown maturity level and regress her to the level of unthinking selfishness appropriate to a… Read more »

Wow, Paula, you really did a nice job! I find it really validating to read it. I’m glad that you were able to describe so many of takes on the series. “A season that retroactively removes the enjoyment of previous seasons makes it a season to regret.” So well said! I’m guessing you are a scholar? In any case, it would be such a shame if the whole series ends on such a tragic, futile really, note. I think the only way to fix this is for me to come back. The truth is I am still alive, my supporters… Read more »