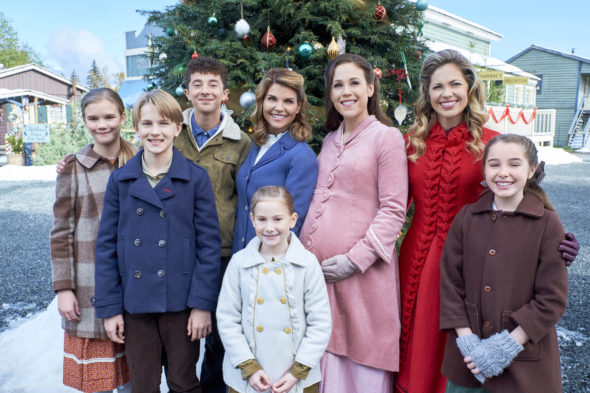 How well is Elizabeth getting along without Jack during the sixth season of the When Calls the Heart TV show on Hallmark? As we all know, the Nielsen ratings typically play a big role in determining whether a TV show like When Calls the Heart is cancelled or renewed for season seven. Unfortunately, most of us do not live in Nielsen households. Because many viewers feel frustration when their viewing habits and opinions aren’t considered, we’d like to offer you the chance to rate all of the When Calls the Heart season six episodes here. *Status update below.

What do you think? Which season six episodes of the When Calls the Heart TV series do you rate as wonderful, terrible, or somewhere between? Should Hallmark cancel or renew When Calls the Heart for a seventh season? Don’t forget to vote, and share your thoughts, below.

*4/13/19 update: When Calls the Heart has been renewed for a seventh season by Hallmark.

I miss Jack too but I feel this show can continue on without him. I love this show and hope it will continue on for several more season, in lue of losing a second main character. Please don’t cancel!!!!

I think they are doing a spin off and if they don’t have Elizabeth on it I might consider watching it. It’s really what they should do because WCTH is not the same show now! They shouldn’t even say anymore that it’s inspired by the writer of the books since Elizabeth’s husband does not die in the books. Sure some shows stray a little from books but not so far as to kill off a main character that was not killed off in the books.

The next season absolutely must be shot and aired. This series had made me both laugh and cry hysterically more than any other in recent or past memory

I clicked the wrong thing. I meant to click the +

After watching every episode from every season until this one I hope it’s canceled! I don’t reward bad writing with continuing to watch. After they strung viewers along for the first seasons with will J&E get together or back with their ex’s and then when they finally do start dating Jack is missing several episodes and then when they finally get married he’s gone again and then BOOM DEAD. That was just horrible writing! It’s like a whole different show now that I have no desire to watch. And how can Hallmark continue to say the writer of the books… Read more »

I truly hope this show gets cancelled even before S6 is completed airing. The entire gist of the story died when Jack did. It truly should have ended with the wedding.

Why was Havk killed off on When Calls the Heart?

Don’t renew. With Jack gone it’s not the same.

What happened and why is Daniel Lissing gone???? I miss Jack!!! Is there any chance of a show where he is discovered still alive, but has amnesia? I really want Jack back! Together they made the show’s foundation. Of course I love all the other people too and I’d probably be upset if they were gone also. But WHY JACK???????

I hope when calls the heart is renewed I find it to be wholesome , refreshing and entertaining

Love the show. All of them make this show what it is. Please continue the show.

We love this show. There’s nothing else like it for a tv series. Clean living, moral, promotes functional relationships. You have a wonderful opportunity to tackle more pioneer issues with reflection and simplicity even though they are complex issues.. for example the brain surgery plot. And the plot around not having money for the blure dress and creative solution pursued .I love reflecting community interdependence, empowered women both neg and positive…and the values of having a lot or a little FINANCIALLY and how that affects values etc. You have a marvelous opportunity to bring influence on core values…use it. Thank… Read more »

I started to watch the show because of the love story between Jack and Elizabeth. That is now gone…and so am I!

I sincerely love this show. I feel as if these kind of shows are what people need to see!! It reminds me of shows I grew up on such as Little House On the prairie!! Please keep filming this show!

We desperately need programing of this quality, content and values. I am certain that there is room on the air waves for a variety of viewing – but this type has our family’s vote. Please stay.

Hallmark you have a “WINNER” with When Calls The Heart! The actors and writers week after week turn out Emmy worthy performances and scripts, that definitely make viewers looking forward to the next episode. Hallmark a suggestion: Post a poll on Facebook for the average viewer, that does not participate in the Nielsen Ratings to cast their votes & you will see how truly popular the show is!!

When calls the heart is one of the best shows on TV it is family oriented clean & shows how family’s work together please keep it on there r so many horrible sitcoms on TV these days. This is a truly refreshing series