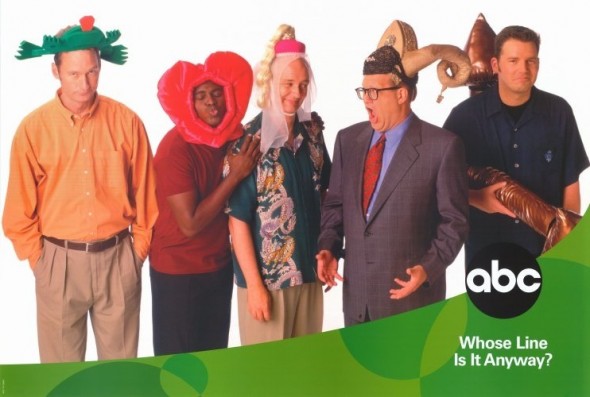 What do you think? Do you like the Whose Line Is It Anyway? TV series? Do you think it should be cancelled or renewed for another season?

YES!!! Please renew and keep this show going! My husband and I love this show and have been watching it since back when Drew Carey was the host. We would even watch the British version a long time ago when it was on. We think the US version is much better!! WLIIA is so funny and watching them make everything up at the last second is hilarious. I’ll never forget the episode that Richard Simmons was the guest. That was the BEST episode EVER!! If you’ve never seen it, check to see if you can find the full episode on… Read more »

Funniest show ever; great tonic for all the horrid things in the world today

I absolutely love this show! This show actually helped me for my playwriting class I took in college. They can renew this show forever, as far as I’m concerned.

My daughter & I love this show, especially with Aisha. While we have a lot of favorite parts, we always look forward to when Brad Sherwood or Jeff Davis are on & they sing with each other or Wayne

Funny show it should go on try some new comics change things up a little more..

I’ve been watching the show from the very beginning, and I’ve always loved it, but Aisha has to go. She has a very awkward rapport with the rest of the cat, and her overly exaggerated voice is beyond annoying, it’s completely unendurable. I really love this show, and I want it to come back, but it needs to switch hosts.

Love this show. I was so happy when it came back.

Love this show needs to stay

This is a great program. Anyone who doesn’t agree, well, I’ll see you around.