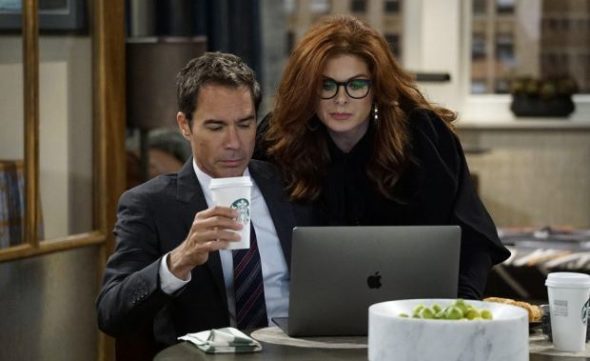 How many more reboots will there be? Recently, NBCUniversal Studios boss Jeff Wachtel addressed the rampant television trend, EW reports.

Currently, NBC only airs one reboot, Will & Grace, but they are far from the only network reviving past shows. Some of CBS‘ reboots include MacGyver, Hawaii Five-0, SWAT, The Odd Couple, and the upcoming reboot of Magnum PI. ABC famously reboot Roseanne only to cancel it after one season. And Netflix has revived Lost in Space, Arrested Development, Gilmore Girls, Queer Eye, and more. The list goes on.

During a recent talk, Wachtel revealed NBCUniversal Studios is not particularly interested in making reboots:

We would rather not do reboots. We prefer an original vision. In this kind of super-saturated media environment, any advantage you can get to break through [makes sense]. But I do think there is a risk of leaning too far that way. On the USA Network, we studiously avoided reboots. We asked, ‘What used to work, and how do we do our version of Columbo, Murder She Wrote?’ We were lucky to find an incredible script in Monk. There is something more fun, more energizing to creative executives to figure out what really is the new version these days.”

What do you think? Are there too many reboots on TV? Do you prefer original ideas?

What’s the point of bringing them back only to be cancelled again.
Bring back Dallas please someone. . Make a lot of people happy .

As long as they are good then it’s fine. Most of the time unfortunately they aren’t .

Enough is enough with these re-boots! Start creating original content instead of bringing back past shows that either failed or not good!