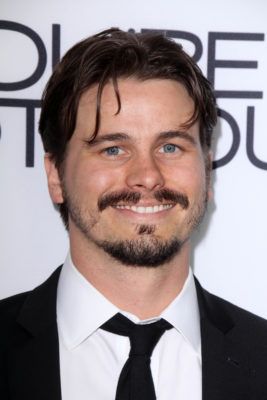 Jason Ritter is returning to ABC. TVLine reports the Kevin (Probably) Saves the World star will guest on season two of A Million Little Things.

The drama series centers on a group of friends who first met in an unusual way and whose world is rocked when they lose one of their own in the last way they’d thought possible. The cast includes David Giuntoli, Ron Livingston, James Roday, Romany Malco, Allison Miller, Christina Marie Moses, and Christina Ochoa.

On season two of A Million Little Things, Ritter will be playing an acquaintance of Maggie’s mother, Patricia (Melora Hardin), who will “upend everything” for Maggie (Allison Miller).

The new season of A Million Little Things premieres on ABC on September 26th at 9 p.m. ET/PT.

What do you think? Are you a fan of A Million Little Things? Are you excited for season two?

Love it so much. Can’t wait for new season. So many good shows started last year !!

Love this show and can’t wait for season 2 to start!!!

Maybe Jason Ritter will bring something creative to this ****.
Watched the whole first season and the show went from sappy, to sappier and then actually made it to sappiest.

Can’t wait for it to start again!!

Thank you! I’ve been waiting for “A million little things to return. I love David Guintoli. I was a big Grimm fan.

I became a BIG fan of the show about half way thru the first season. The writing and the acting kept getting better and better and I was disappointed when the season ended. I’m excited to see the scheduled date of it’s return.

Love the show…seen every episode! So glad it is coming back! I dvr them so I will not miss any of them 🙂

I love A Million Little Things and I love Jason Ritter he will be a great addition to this show. I can’t wait!

Love the show! Super excited for the new season!

I’m so excited Jason Ritter is going to be on the show, A Million Little Things, during the 2nd season. He’s a great Actor and this is a great show! I hope it will be on for many seasons.