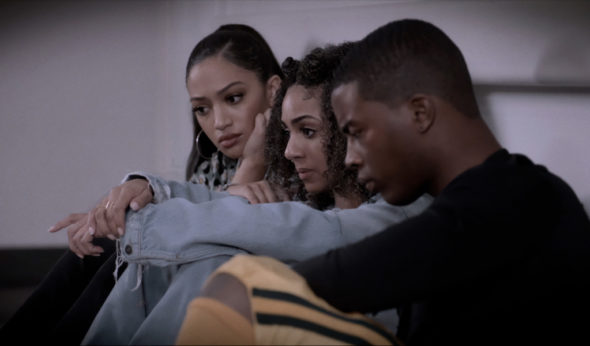 Will Spencer’s final months in high school be filled with drama in the fourth season of the All American TV show on The CW? As we all know, the Nielsen ratings typically play a big role in determining whether a TV show like All American is cancelled or renewed for season five. Unfortunately, most of us do not live in Nielsen households. Because many viewers feel frustrated when their viewing habits and opinions aren’t considered, we invite you to rate all of the fourth season episodes of All American here. *Status Update Below.

A CW sports drama series, the All American TV show stars Daniel Ezra, Taye Diggs, Samantha Logan, Bre-Z, Greta Onieogou, Monet Mazur, Michael Evans Behling, Cody Christian, Karimah Westbrook, Jalyn Hall, Chelsea Tavares, and JJ Parker. Inspired by the life of NFL player Spencer Paysinger, the story centers on Spencer James (Ezra), a rising high school football player and an A student who leaves Compton’s South Crenshaw High for Beverly Hills High after he’s recruited by football coach Billy Baker (Diggs). His family life, personal relationships, and athletic future all changed and grew in ways he never imagined. Spencer makes the tough decision to return to South Crenshaw High for his senior year with Baker as the team’s new head coach. Together, their plan is to bring home a football championship to save the school. In season four, with South Crenshaw High saved, and the controversial State Championship behind him, Spencer has his eyes set on the All American game and his future with the NFL, which starts with Toledo State. But before our Beverly and South Crenshaw students can set their sights on college, they’ll have to navigate the tumultuous last half of senior year, including an epic unexpected prom, two graduations, and all the complications that come with the growing pains of leaving high school behind and catapulting into adulthood.

What do you think? Which season four episodes of the All American TV series do you rate as wonderful, terrible, or somewhere between? Do you think that All American should be cancelled or renewed for a fifth season on The CW? Don’t forget to vote, and share your thoughts, below.

I think they should leave everything alone and just continue showing the season four i enjoyed watching the show. I will even watch it when comes on Netflix