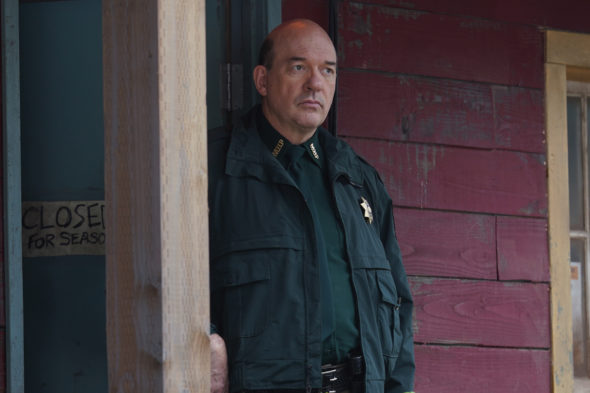 Big Sky is gearing up for a second season full of surprises. Logan Marshall-Green is set to join the drama, and it has now been revealed that John Carroll Lynch will return to the series as well. His character met his end during season one, but a way to bring the actor back has been found, per Deadline. It was teased during season one that he had a twin brother.

As for Marshall-Green, he will play a character from Jenny’s past who pops back up in her life during a case. Deadline revealed the following about his role on the ABC series:

“Marshall-Green will play that person from Jenny’s past, Travis. An old friend of Jenny (Winnick) and her late husband Cody (Ryan Phillippe), Travis has been working undercover on a local drug ring for long enough that the line between Travis and his undercover alias Stone has begun to blur. Travis will cross paths with Jenny, whose new case overlaps with his undercover work. While Travis and Jenny will try to keep their relationship professional, they have a shared history as well as unresolved feelings that will make their partnership both difficult and dangerous.”

Kylie Bunbury and Katheryn Winnick star in the drama, and more was revealed in a press release:

“In true Big Sky fashion, last fall’s No. 1 new series returned to ABC’s Summer TCA Virtual Press Conferences with a surprise when fan favorite John Carroll Lynch joined the panel to announce he would be returning for season two. Details on his return are under wraps, but stars Katheryn Winnick, Kylie Bunbury, new series regulars Janina Gavankar (Sleepy Hollow, The Mysteries of Laura) and Logan Marshall-Green (How It Ends, Spiderman: Homecoming), and showrunner Elwood Reid were there to preview plenty of what’s to come when the delightfully dark drama returns. Season two of Big Sky premieres THURSDAY, SEPT. 30 (10:01-11:00 p.m. EDT), on ABC.”

What do you think? Are you a fan of Big Sky on ABC? Are you excited to see the drama’s second season this fall?

The twin brother trope. That’s up there with it was all a dream.

Definitely a fan of Big Sky! Can’t wait for its return!!!!!

Really enjoy watching Big Sky and can’t wait for season 2 to hurry and get here.

Great show can’t wait for it to come back.