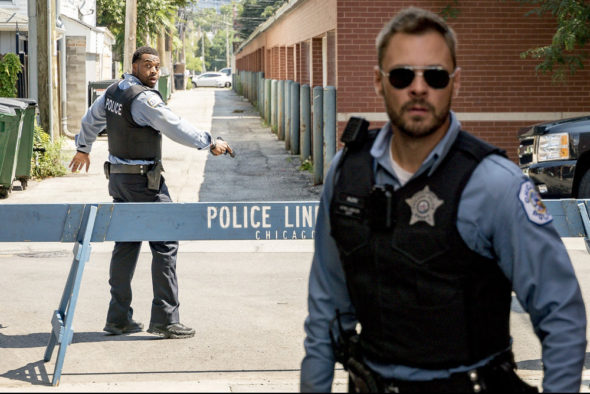 Do Det. Sgt. Hank Voight and his intelligence team keep the city safe in the fifth season of the Chicago PD TV show on NBC? As we all know, the Nielsen ratings typically play a big role in determining whether a TV show like Chicago PD is cancelled or renewed for season six. Unfortunately, most of us do not live in Nielsen households. Because many viewers feel frustrated that their viewing habits and opinions aren’t considered, we’d like to offer you the chance to rate all the season five episodes of Chicago PD for us here.

What do you think? Which season five episodes of the Chicago PD TV series do you rate as wonderful, terrible, or somewhere between? Should NBC cancel or renew Chicago PD  for a sixth season? Don’t forget to vote, and share your thoughts, below.

I love this show. I don’t like reruns through the time off. Please don’t cancel this series.

Never miss an episode of Chicago PD or Chicago MED. Please do not cancel.

Chicago PD is my favorite show. It gets better every season

do not cancel great show

I love this show.please keep it going.too many shows i love keep getting taken away

I am all for a 6th season of Chicago PD. I never turn my television on except for when all the Chicago series’s are coming on so putting a 6th season on will make me happier than a pig playing in mud !!! 🙂

KEEP IT ON. GREAT SHOW!

I love watching this show. It is very entertaining. I love the store lines. You feel the stores. It is an amazing show. It should be renewed for several seasons. It is a superb show!!!