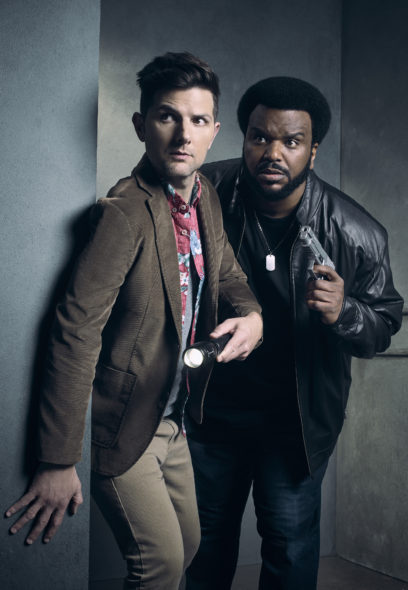 It’s not yet clear if FOX is ghosting its freshman supernatural comedy series, Ghosted. Today, the network’s Chair and CEO Dana Walden, addressed whether Ghosted would be cancelled or renewed for season two, by metaphorically setting its Facebook status to, “It’s complicated.” The series was pulled from the air back in April, and is expected to finish its first season run (completed under the guidance of a new showrunner), this summer.

“We haven’t made a decision,” Fox chairman Dana Walden said during Fox’s upfront press call today. “We still have episodes to air of a  [sic] in July,” she said.

Ghosted was taken off the schedule in April. Remaining are the back 6 episodes of the supernatural comedy made under new showrunner Paul Lieberstein who was brought in after Season 10.

She and Fox chairman Gary Newman dismissed notion that LA to Vegas and Ghosted’s future is jeopardized by the fact that they are single-camera as all live-action series currently slated on Fox for next season are multi-camera – Last Man Standing The Cool Kids and Rel.

What do you think? Are you a fan of the Ghosted TV series? Should this FOX TV show be cancelled or renewed for a second season?

Please renew ghosted for a second season the cast is amazing and the stories are funny as hell. Reminds Me of a show back in the day (special unit #2)
Ghosted definitely deserves a 2nd season

It’s a fun light hearted show with an excellent cast. Please give it more time to bring an audience. Better advertising would help bring a new audience in. I accidentally found the show and instantly fell in love with it.

I am really looking forward to a second season if Ghosted!!!