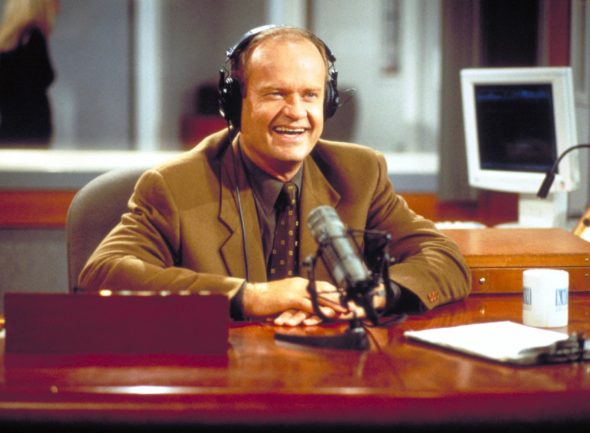 Doctor Frasier Crane is returning, but viewers will see him in a new location alongside new secondary characters when the Frasier revival airs on Paramount+. Star Kelsey Grammer spoke to People about the series’ revival and why the show is going in a new direction.

Work began on potentially reviving the sitcom almost seven years ago. Grammar revealed that the original plan was to bring back the original cast but that all changed when David Hyde Pierce said that he didn’t want to return as Niles, Frasier’s brother, a role he played for 11 seasons and 264 episodes.

Grammer said the following about how that news changed the direction of the Frasier revival:

“David basically decided he wasn’t really interested in repeating the performance of Niles. In a very funny way, it just took us to a new place, which was what we originally wanted to do anyway, which was a Fraser third act. It’s an entirely new life for him.”

It is possible, however, that Pierce and other members of the original sitcom’s cast could guest star on the new show. It is also possible that characters from Cheers could make appearances as well, just as they did on the original Frasier.

Production on the revival starts in February. A premiere date will be announced later.

What do you think? Are you excited to see the next chapter in the life of Frasier Crane?

A new setting/cast for “Chapter 3” is the only way this Frasier comeback has a chance of succeeding. A return to Seattle and the radio would only be regurgitated sameness.

I loved the show. I don’t know how many times I have re-watched the series.

A repeat of Frasier would probably fail. I like the 3rd act idea. He was in Boston in his younger years. Then he was in Seattle for the meat of his career. Now he is at the end as he closes in on 70. Time for a new direction.