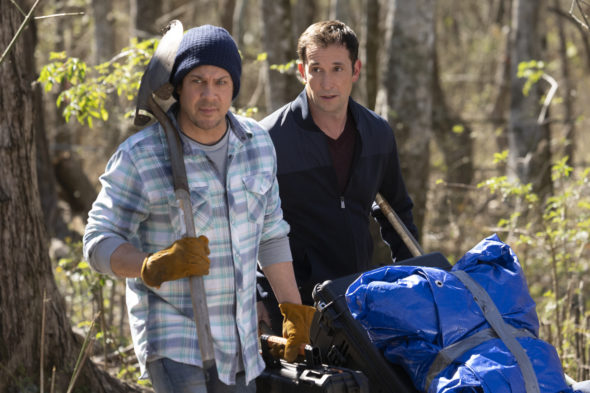 An IMDb TV action comedy-drama, this is a continuation of the 2008-12 Leverage TV show. The Leverage: Redemption series stars Gina Bellman, Aldis Hodge, Christian Kane, Beth Riesgraf, Noah Wyle, and Aleyse Shannon. Since we last saw them, accomplished British grifter Sophie Devereaux (Bellman), expert thief Parker (Riesgraf), hitter Eliot Spencer (Kane), and geeky computer hacker Alec Hardison (Hodge) have watched the world change. It’s become easier — and sometimes legal — for the rich to become richer and the powerful to squash anyone who gets in their way. To address the changes in the world around them, the team finds new blood with corporate lawyer Harry Wilson (Wylie) and Breanna Casey (Shannon), Hardison’s foster sister who has a knack for computers, robotics, and getting into trouble. Together, this group of reformed pros puts their unique skills to good use by helping ordinary people fight back against corporate and governmental injustices.

*12/11/21 update: Leverage: Redemption has been renewed for a second season.

Please put Leverage Redemption on DVD to help bring the show back. The show is great.we needore.

Relax, we got this. Leverage: Redemption delivers a complete entertainment package. Fun, almost plausible (but too many duct crawls), relevant to today’s tensions and headlines, and an excellent cast. Using capable lesser known or unknown actors keeps it more real.

Leverage Redemption is the best show on television and, in fact, the best show I’ve seen in years. I hope they renew, and continue to feature great guest stars.

Please renew Leverage Redemption. With all thetrash on TV, it’s a pleasure to seethisshow. It’s well written and the cast is great.

We loved it, did not disappoint! Wish Aldis Hodge was able to be in more episodes but still loved the entire season.

Please renew, love these characters and need this light enjoyable escape. I can’t take any more drama and wait all season before getting any satisfactory conclusion shows.

Please renewed another season so good look forward to seeing watch it. Look forward every episode of it. Never missed any episodes.

So happy to see it back. I miss Tim Hutton but casting Noah Wyle was a great move.

Loved the original.so happy it’s back, but we do miss Timothy Hutton, wish they did not kill the Nate character off . But the revival is great, and I look forward to see what surprises are to come!

Great series I love original series with Timothy Hutton best actor in this show. Look forward every episode when it was on air never missed aired. Please renewed another season on amazon prime original series.