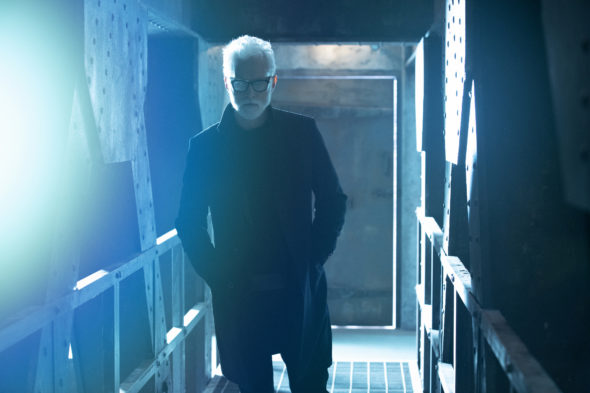 The battle for humanity’s survival is ending earlier than hoped The FOX network has cancelled the neXt TV series so there won’t be a second season, a victim of low ratings and COVID-19.

After discovering that one of his own creations — a powerful artificial intelligence called “neXt” — might spell doom for humankind, Paul tried to shutter the project, only to be kicked out of the company by his own brother (Harner). When a series of unsettling tech mishaps points to a potential worldwide crisis, LeBlanc joins forces with Special Agent Shea Salazar (Andrade) and her unique and talented team. Now, they are the only ones standing in the way of a potential global catastrophe, fighting an emergent superintelligence that will deploy the immense knowledge it has gleaned from the data all around us to recruit allies, turn people against each other, and eliminate obstacles to its own survival and growth.

The first season of neXt averages a 0.30 rating in the 18-49 demographic and 1.67 million viewers. Just two episodes have been aired thus far. The third has been released on Hulu but didn’t air on FOX because of the World Series. It’s the network’s lowest-rated show out of the 10 current series.

Variety reports that FOX plans to air the remaining seven installments of the season. The network also cancelled the low-rated Filthy Rich series today. Both were reportedly cancelled thanks to low ratings and rising production costs due to COVID-19.

What do you think? Have you seen the neXt TV series on FOX? Would you have watched a second season of this action-thriller series?

Next was a great show. very disapointed it was cancelled. If NEXT aired today on Netflix it would be their #1 watched show. Kept you on the edge of your seat. It could absolutely happen in todays world.

it’s the “next” made it look like rating is low and forced show to be cancelled. other wise its a great show make u stuck to screen I dont believe the rating can be that low

Yet another great TV show cancelled. I was hoping to see NEXT continue. It is so much better than the mind-numbing police and firefighter shows that keep on going.

I am extremely disappointed, and I know at LEAST 155 people of the top of my head without thinking that are going to be very upset when I let them know that this show is cancelled. We would take about the episodes at work, online, etc. So action packed… one of my absolute faves. This is terrible news. I was wondering when it was going to start back up, so I came looking only to find I will never get to see yet another great show I was hooked on again. Legos and Making It or whatever er it’s called?… Read more »

This was a great show, so instead of quality TV we get crap like the Masked Singer and Lego Masters

Loved the show, one of the best TV series of this pandemic TV (pun intended). Would love to see another chance for season 2.

I enjoyed season 1 of next and when i heard that there might be a second i was looking forward to it.

Enjoyed Next and would have watched a second season.

I love Next and they cancelled the show because They want something else they like on tv. Unless there’s more to the story to make sure people know what is happening in the world? Hmm. Bring it back on tv or Americans will protest Fox and make sure Congress makes Fox a no news station by regulating Them!

Just too possible for some to actually accept.
Neat little show. Brings the complete issue with follow orders without using your brain.
To bad the network is so weak to now continue it.

Bring it back. I loved this show