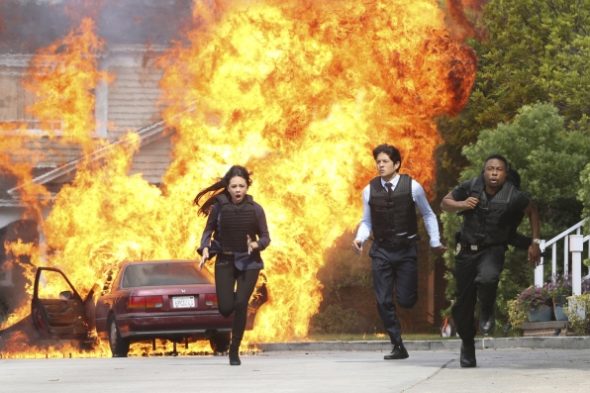 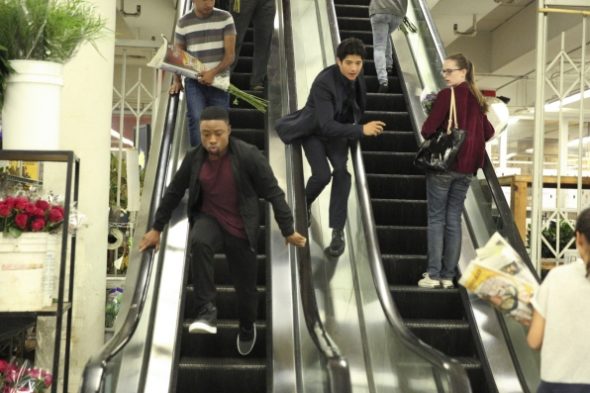 Here is more from The Futon Critic (bolded for emphasis):

LOS ANGELES (thefutoncritic.com) — CBS is once again using Saturday nights to close out the runs of its canceled series.

Fellow newcomer “Rush Hour” (which was pulled from Thursday nights earlier this week) will follow on Saturday, July 23 at 9:00/8:00c before settling into the 8:00/7:00c hour the following week.

Both moves were confirmed to the site this afternoon. To recap:

On July 23, when Rush Hour returns to CBS, expect to see season one, episode nine, “Prisoner of Love,” which was originally slated for Thursday, May 26. Here is the episode description, from CBS (please ignore the May 26 date):

CARTER AND LEE HUNT AN ESCAPED PRISONER LOOKING FOR HIS ESTRANGED FAMILY MEMBERS IN WITNESS PROTECTION, ON “RUSH HOUR,” THURSDAY, MAY 26 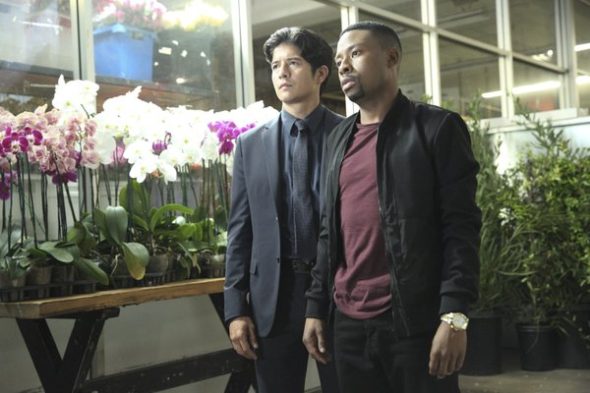 “Prisoner of Love” – Detectives Carter and Lee hunt an escaped prisoner searching for his estranged wife and daughter who are in witness protection. When the pair goes missing, the Detectives must find how their location was compromised, on RUSH HOUR Thursday, May 26 (10:00-11:00 PM, ET/PT) on the CBS Television Network. 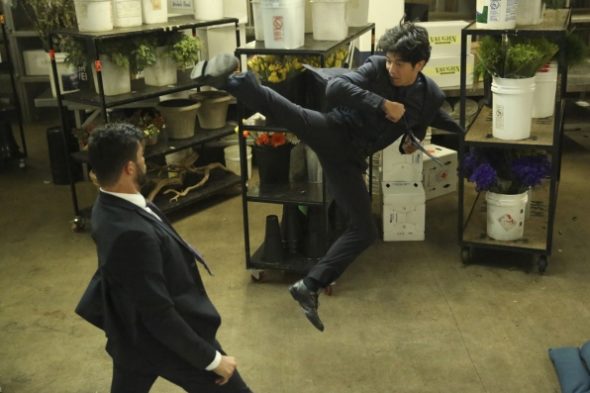 What do you think? Are you a fan of the Rush Hour TV series? Are you grateful CBS will air the the remaining episodes of the cancelled show, or are you thinking, “Why bother?” Should Rush Hour have been cancelled or renewed?

We love rush hour we always looking forward for this program. Please bring back rush hour. Thank you.

It was nice to see a series that you could sit down as a family and enjoy Rush Hour. I really wish you would reconsider, and bring it back. There are too many reality shows on that need to stop. Bring back Rush Hour…PLEASE!?

I really enjoyed the tv show. It is a real mistake canceling the show. It plays better than Rush hour 2 and 3. Please bring it back!!!!!!

Rush Hour is a dope show!!! I was very disappointed when I heard that CBS was taking it off the air!!! Very Bad Move!!!

Do hope they reconsider taking off Rush Hour, great entertainment and love the whole cast. Would be nice if another network picked it up, please think twice.

We love Rush Hour , we do not understand why it is being canceled. It is funny and entertaining .

I’m disappointed that CBS canceled Rush Hour. We truly enjoyed the comedy and action in this show. We also felt that it was a hit. The cast and writers gave such a fun fast paced performance. I hope CBS reconsiders its cancellation.

Finally a new program that we liked.

We all LOVE this show…..it just gets better and better and CBS just gets more and more stupid cancelling it before even giving it a chance to catch on with more people. Ever hear of word-of-mouth CBS? Hope someone else picks it up…..plenty of cable networks!!!!!

Love this show. Love the characters. Love the cousin. The plots are good. It stands alone with no need to compare to the movie version of the same name.

Well what a damn shame. I really liked the show. It was based off the movie and made it its own. It was good. I loved the actor who played Lee, Carter and the crazy cousin. Another good show dropped before the first season actually ends. What a shame. maybe you should listen to the fans and not cancel it. You canceled Rush Hour but un-cancelled Code Black? Wow who do you have making decisions? You should fire the idiot who made that call! Bring back Rush Hour or let a better network pick it up. The show was too… Read more »

I really enjoy the show! Please reconsider for a second season!

I’m pretty sure CBS is studying NBC in efforts to take over 4th place among the networks. Really enjoyed the show.

This is a great show it is very entertaining and funny my wife a I look forward to watching it each week. The chemistry between the characters is great. Please reconsider the shoe