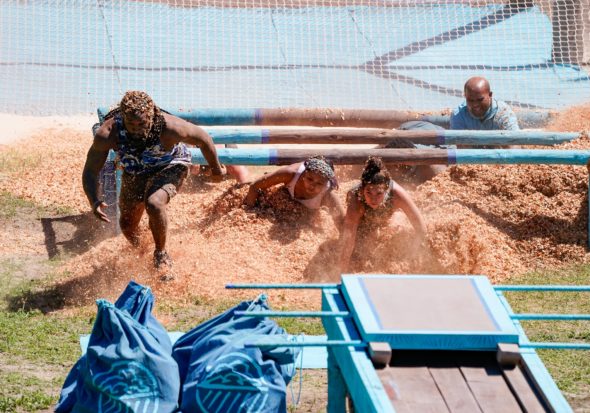 Has the pandemic-induced production delay changed what viewers will see in the 41st season of CBS’ Survivor TV show? As we all know, the Nielsen ratings typically play a big role in determining whether a TV show like Survivor is cancelled or renewed for season 42. Unfortunately, most of us do not live in Nielsen households. Because many viewers feel frustrated when their viewing habits and opinions aren’t considered, we invite you to rate all of the 41st season episodes of Survivor here.

What do you think? Which season 41 episodes of the Survivor TV series do you rate as wonderful, terrible, or somewhere between? Are you glad that Survivor has been renewed for a 42nd season on CBS? Don’t forget to vote, and share your thoughts, below.

Survivor 41 is the worst season ever ..people playing solely for race not the game Erica did NOT win Xander did how in Heck did DeShawn ever get a vote?

Worst season ever. Can’t identify with any of the players and don’t understand all the insane rewards, idols and stupid plot twists.

Survivor 41 is childish and painful to watch.

Never missed a show. In 41 seasons this is by far the worse for cast ( non athletic and bland) far too many weird pointless twists of which Jeff seems the only one excited about, the confusing activating of the idols which has generated low plays of idols and less blindside’s and finally CBS pushing diversity in it’s cast which actually led to racist overtones. We can all be thankful it’s a shortened season.

The first season out of 41 that I stopped watching. The worse ever.

Why did they ever decide to try and fix what wasn’t broke. They ruined the show as far as I’m concerned. So unnecessary. Favorite show down the tube.

Survivor is the best show on tv. That’s all I have. I never missed a show. Me and my sister talk about it every Thursday. I love it

Have watched Survivor since season 1. I couldn’t even make it through 2 episodes this season. Will never watch again.

Love Survivor but this season is a train wreck. Confusing and hard to follow. Have watched every season but going to pass on this one. Most of the contestants are whiny and boring. Hoping next year comes back as Survivor. Tired of the all political correctness.

Please stop this madness. The new format is terrible and not the least bit interesting. After watching a few episodes I am lost to find a single thing to like about Season 41. I’m done with Survivor it is a now ruined.

I don’t enjoy the way they have changed the game, they need to go back the way it was.
I guess I do not fit the demographics they want for the show either.
I have watched since season one and have not missed one episode.
This season I watched the first episode, turned the channel and removed it from my recordiing list.