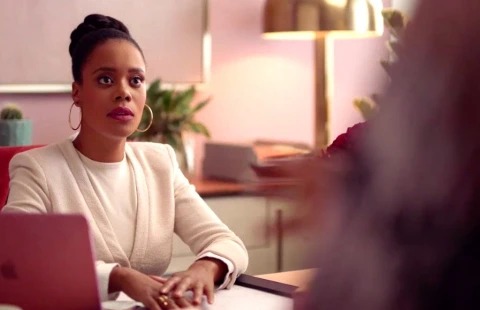 The Girls on the Bus has added another lead to its cast. Christina Elmore (Insecure) is joining Melissa Benoist and Natasha Behnam in the upcoming political drama on HBO. Emore’s character is “an Ivy League-educated Reagan Republican and campaign reporter for Liberty News.” The series is inspired by a chapter in executive producer Amy Chozick’s book Chasing Hillary.

Deadline revealed the following about the plot of the HBO Max series.

“The series centers on Sadie McCarthy (Benoist), a journalist who romanticizes Tim Crouse’s Boys on the Bus book and who scrapped her whole life for her own shot at covering a presidential campaign for the paper of record. Sadie hits the trail and eventually bonds with three female competitors, Grace, Lola (Behnam) and Kimberlyn (Elmore). Despite their differences, the women become a found family with a front-row seat to the greatest soap opera in town: the battle for the White House.”

What do you think? Are you excited to see The Girls on the Bus on HBO Max?