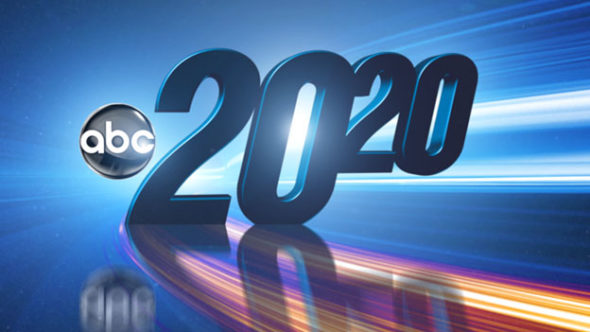 ABC is shaking things up. Variety reports the network is changing the format of their long-running TV show 20/20.

After 40 years on the air, ABC is tweaking the format of 20/20 by extending the show to two hours to give the show more of a documentary style, says executive producer David Sloan:

We have made it feel less like a news magazine and more like a documentary or movie, with all the appropriate moodiness, atmospherics, character development and structure. What we have been seeing, in both broadcast and streaming, is that people are looking for bigger experiences.”

Ridiculous! Why is the reporter speaking to someone off camera as if they themselves are being interviewed? Let the subjects tell their own story. The episode on now features a half dozen reporters/ journalists telling the story! What is the point of bouncing back and forth between reporters taking turns telling the story? Too choppy and distracting…I’m losing interest. Voiceovers and transitions are fine, but otherwise stick to face to face interviews. Click — TV off!

The show has gone hill fast from showing new stories to recycling old stories with little or no change and then advertising them as new. This means my DVR will record it even though it is essentially a rerun. The reporter in the original episodes has now become a part of the episode rather than as the interviewer…VERY DISAPPOINTING

I really do not care for the new format. It is very dragged out. Bring back the old 1 hour format, please.

The 2 hour length doesn’t bother me but I do not like the documentary format; I prefer the interaction between the interviewer and those being interviewed. If this becomes a permanent format I will not continue watching 20/20.

I love the new format, although I liked having David Muir open the show.

The show has turned into “Dateline”. I preferred the questions from the interviewer vs. a running story line. Just my opinion.

I am very happy it will be 2 hours every week. I have enjoyed the last few weeks of it being longer. I feel like we get more of the story. And I am a huge fan so an extra hour is great.

I don’t miss a show. I’ll be watching!

I love the new format. I’ve been watching every show since it changed!!

I’ll watch. I love documentary type programming! I’ve watched several of their specials so far and really enjoyed them. The Jim & Tammy one really took me back.

I am sooooo excited for this!!! 🙂 I think this change will enable viewers to connect more with your stories!

I used to watch but they’re rehashing old news and 2 hours is to long so I don’t watch anymore. Liked old format.

Two hours is too long. Usually, programs that long are repetitive. Won’t be watching.