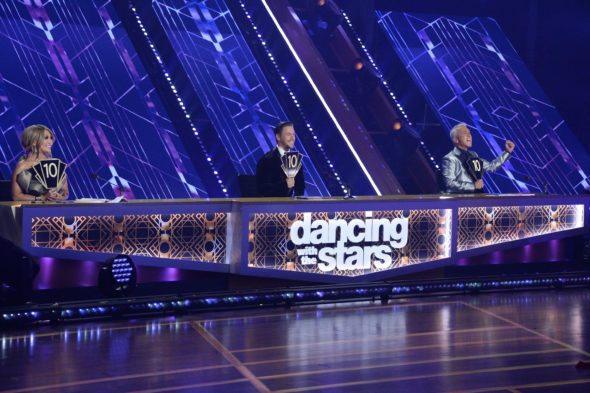 How will ABC celebrate the 30th anniversary season of the Dancing with the Stars TV show? As we all know, the Nielsen ratings typically play a big role in determining whether a TV show like Dancing with the Stars is cancelled or renewed for season 31. Unfortunately, most of us do not live in Nielsen households. Because many viewers feel frustrated when their viewing habits and opinions aren’t considered, we invite you to rate all of the 30th season episodes of Dancing with the Stars here. *Status update below.

*Status update: Dancing with the Stars has been renewed for seasons 31 and 32 but the show is moving to the Disney+ streaming service.

Renew DWTS but cancel Tyra Banks. When it gets back to a dance competition and not the Tyra Banks show off show I’ll come back to watch.

Tyra Banks has taken the class out of this show. She talks too much and does not have a clue on what is going on. Dancing with the Stars was all about the dancers, now it is all about Tyra – also, Carrie Ann Inaba needs to be replaced with a professional judge she has been there too long.