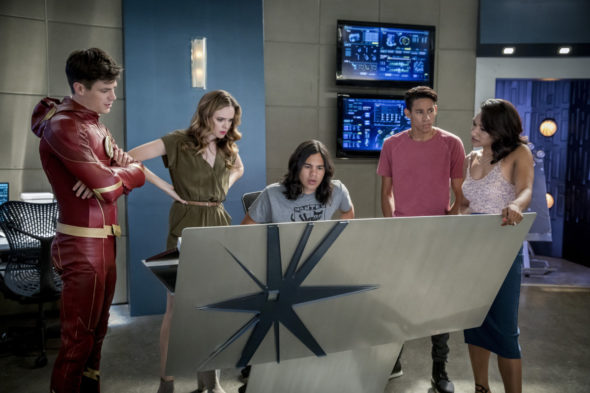 How does Barry Allen do in his quest to keep Central City safe during the fourth season of The Flash TV show on The CW? As we all know, the Nielsen ratings typically play a big role in determining whether a TV show like The Flash is cancelled or renewed for season five. Unfortunately, most of us do not live in Nielsen households. Because many viewers feel frustration when their viewing habits and opinions aren’t considered, we’d like to offer you the chance to rate all of The Flash season four episodes here.

What do you think? Which season four episodes of The Flash TV series do you rate as wonderful, terrible, or somewhere between? Should The CW cancel or renew The Flash for a fifth season? Don’t forget to vote, and share your thoughts, below.

This show is definitely worth the weekly waiting. It is so seamless from one episode to the next,m with a great balance of humour, relationship and action. Here’s to waiting to see if Killer Frost returns, as the kind of person she was before Devoe!

I never miss an episode!!!

Oh no… I saw a red arrow pointing down you guys cannot take my great shows away…. I love every superhero show

What a wonderful show that I have looked forward to watching weekly. Hope it will not be canceled as reported.

I wish the season 5 will be released. I am looking forward to it