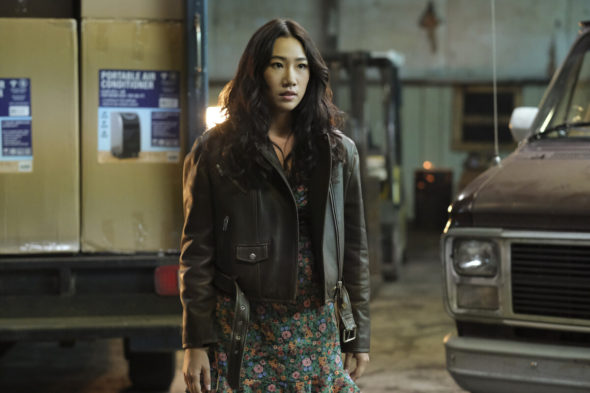 A crimewave hits Chinatown in the third season of the Kung Fu TV show on The CW. As we all know, Nielsen ratings typically play a big role in determining whether a series like Kung Fu is cancelled or renewed for season four. Unfortunately, most of us do not live in Nielsen households. Because many viewers feel frustrated when their viewing habits and opinions aren’t considered, we invite you to rate all of the third season episodes of Kung Fu here.

A CW martial-arts action-adventure TV show, the Kung Fu TV show stars Olivia Liang, Kheng Hua Tan, Shannon Dang, Jon Prasida, Eddie Liu, Gavin Stenhouse, Vanessa Kai, Yvonne Chapman, Tony Chung, JB Tadena, and Tzi Ma. The series revolves around Nicky Shen (Liang), a young Chinese American woman who questions her life’s trajectory and drops out of college to go on a life-changing journey to an isolated monastery in China. When Nicky returns to San Francisco, she finds that her hometown is overrun with crime and corruption. The third season picks up after an earthquake and Nicky, her family, and her community attempting to rebuild in more ways than one. Nicky, still reeling from her abrupt breakup with her boyfriend Henry (Liu), and the shocking death of her nemesis-turned-ally Zhilan (Chapman), puts on a brave face as she juggles a new job teaching kung fu while fighting a growing crimewave in San Francisco.

What do you think? Which season three episodes of the Kung Fu TV series do you rate as wonderful, terrible, or somewhere between? Do you think that Kung Fu should be cancelled or renewed for a fourth season on The CW?

Needs to be renewed please DO NOT CANCEL IT AT ALL BECAUSE I LOVE IT SO MUCH!

They better renew it I love this show, THANKS to David Carradine kung-fu that I loved, I love this one to.