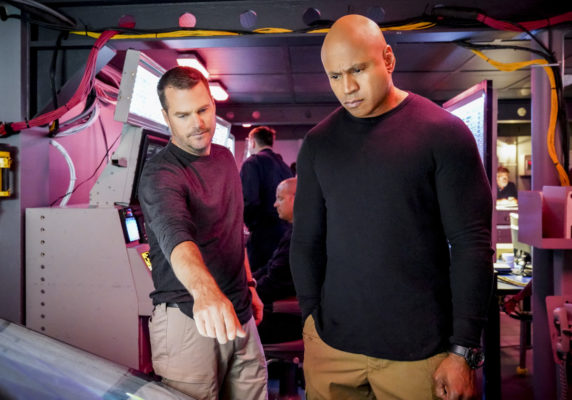 NCIS: Los Angeles is my FAVORITE show…..I am a 66 yr old female (who lives alone) and since the coronavirus stay-at-home order NCIS is my saving grace……in my area we are treated to NCIS: Los Angeles reruns all day on Friday and Sunday…….Luv you Callen, Sam, Deeks, Kensi, Hetty, Eric and Nell…….

I love NCIS: LOS ANGELES please don’t cancel it. not too many good shows left on TV.

Absolutely detest the two, oh so cute, computer nerds and the recurring social comforting, feel good moments. The show has lost its compass and our enthusiasm.
The show has always been about Sam and Callen. The perfect Kenzi/Deeks chemistry complemented them, while Hetty stabilized the proceedings.
Get back to what made you great. It’s a formula, but it works.

Please Don’t cancel NCIS LOS ANGELES OR NCIS, OR NCIS NEW ORLEANS. I love all of these series. It’s bad enough you took HAWAII 5 0 & BLUE BLOODS & GOD FRIENDED ME FROM US. YOU ALWAYS CANCEL THE BEST SHOWS. I am hoping you ha:e l÷ft them all with an opening to come back to us. Like Comander Steve McGarrect could just be on a vacation & Danny just healing from his injuries you could bring them back…and the Blue Bloods just found out Joe had a Son who’s now on the force you could build on that. I… Read more »

Quite frankly I’m still playing catch up as I just got hooked on the show on USA 5th thru 8th season’s. But I’m so addicted I desperately want the show to be renewed. I’m also in the process of buying earlier seasons on DVD so I can understand the characters backstories.

Please DO NOT CANCEL NCIS Los Angeles!!!! This TEAM is so great! They are so in tune with each other and act as a whole. That is a rare attribute in a show. I have this show on during the marathon days, over and over, I love it that much. If any of the actors personally want to leave, like Nell or Beale, I can understand that, but DON’T write them off the show just for a plot twist. And Hety probably wants to retire, but I love her so much. She’s such a master class in acting. So maybe… Read more »

Please don’t cancellation NCIS Los Angeles. It is one of my favourite shows.

All the good shows that older people like are being cancelled on every network. We don’t subscribe to Hulu or Netflix etc. Young kids watch stuff on tablets or subscriptions that’s why viewership is down. Why should that cause older people without cable or subscriptions pay the price. Leave the good shows, cancel the stupid animated and reality shows. If that’s reality in those shows, what planet do they live on? Even NFL and MLB etc. are down. They can be watched on demand or heard on the radio. The exact listening audience may be down but that’s an incorrect… Read more »

I like this show too. There’s not too many clean shows for people to watch please renew this show thank you

I LOVE this show and would hate to see it end, however, they are setting each character up to leave. Nell is gone. Hetty is going to leave. Beale is thinking new options for himself. Kensie is thinking of getting pregnant. Callen and Anna are back together and Sam has a new girl. As much as I hate to say and see it, I dont think it will be back.

CBS has spaced the episodes too far apart. It is hard to keep the flow going. They have done this for all their shows. I will be upset if this is cancelled. They need to wrap things up if they are going to end a show.

That’s not the way things usually work in network television. It’s usually better to leave things open ended to allow for future success in syndication. I know because I worked in the industry for 22 years.

Please don’t cancel one of the best shows on tv

I hope they renew this show. I love watching it.

To Cancel this show would be one of the biggest mistakes ever, the actors can only get better, this is one of the best shows ever

John Bell (from the UK)
Reply to  Kathleen Schwede

Hear Hear, I’m with everyone else………..PLEASE PLEASE don’t cancel this brilliant show. I’m from the UK so download this and watch it on the big screen every week. I’ve never missed 1 show in all of 11 seasons, so again PLEASE don’t cancel this best show on the TV. I can understand there being a delay in season 12 (if it comes around) being because of the corona virus lock down, but bring season 12, 13, 14 & so on & on & on. Also was just wondering why there was only 22 episodes in season 11, when all the… Read more »

S.K. Chilcote
Reply to  John Bell (from the UK)

It might be better if the show’s fans wrote to the network. I mean it’s great to share our mutual admiration for the show but unless the network hears it, we’re just preaching to the choir. After all a letter writing campaign got Star Trek a 3rd season in the 60s and that was via snail mail. Just think what we could do with email and social media.