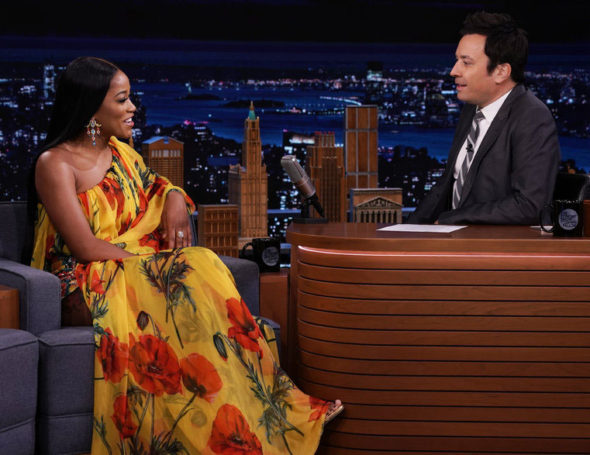 Password finally has its premiere date! The game show revival will land on NBC in August. With Keke Palmer hosting, the premiere will honor the memory of the late Betty White – a frequent player and the wife of original host Allen Ludden.

Check out the announcement from NBC below.

You guys it’s #WorldPasswordDay… So what better time to tell you #PASSWORD with @kekepalmer and me premieres Tuesday, August 9th after @agt on @nbc! pic.twitter.com/4au2FWPxEn

The following was revealed about the game show in a previous report:

“Palmer will command the Password podium as contestants from all walks of life are partnered with Jimmy Fallon and other celebrities to face off in the ultimate game of words. Fallon will play in each of the eight hourlong episodes as the celebrity/contestant duos compete for cash prizes by guessing a secret password using only one-word clues.”

The newest incarnation of Password arrives on August 9th.

What do you think? Are you excited to see Password on NBC?