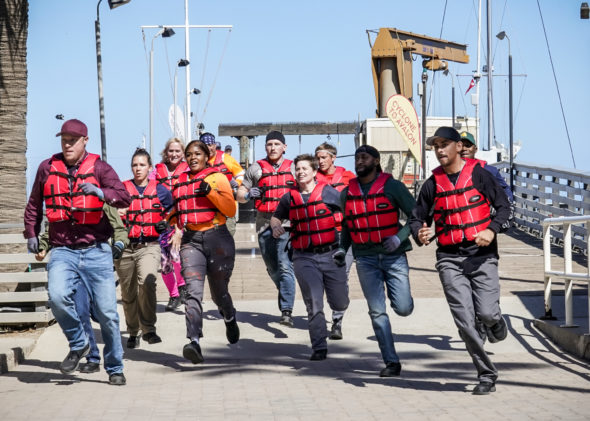 Every day hard-working people roll up their sleeves in the fourth season of the Tough As Nails TV show on CBS. As we all know, Nielsen ratings play a big role in determining whether a TV show like Tough As Nails is cancelled or renewed for season five. Unfortunately, most of us do not live in Nielsen households. Because many viewers feel frustrated when their viewing habits and opinions aren’t considered, we invite you to rate all of the fourth season episodes of Tough As Nails here.

A CBS competition series, the Tough As Nails TV show is hosted by creator Phil Keoghan of The Amazing Race. The series celebrates everyday Americans who roll up their sleeves and don’t think twice about working long and hard hours and getting their hands dirty, to keep their country running. In the show, competitors consider the calluses on their hands a badge of honor and are tested for their strength, endurance, life skills, and most importantly, mental toughness in challenges that take place at real-world job sites. Even after they “punch out” of the individual competition, they will have the opportunity to win additional prizes in the team competitions that continue throughout the season. At the end of the season, the winning individual contestant will be crowned as the Tough as Nails champion and will win big prizes. Competitors this season are Larron Ables, Aly Bala, Laura Bernotas, Jake Cope, Mister Frost, Renèe Kolar, Ellery Liburd, Sergio Robles, Beth Salva-Clifford, Ilima Shim, and Jorge Zavala.

What do you think? Which season four episodes of the Tough As Nails TV series do you rate as wonderful, terrible, or somewhere between? Are you glad that Tough As Nails has been renewed for a fifth season on CBS?