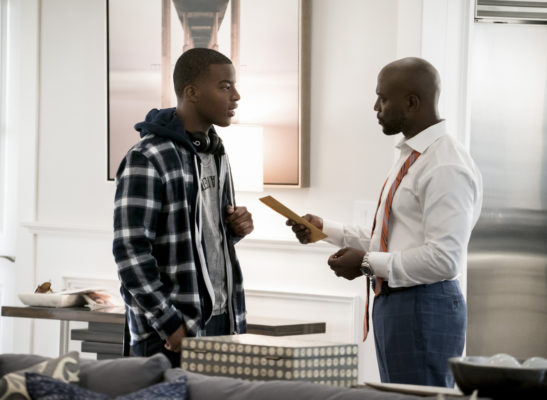 Will All American return for a second season? Executive producers Robbie Rogers and Nkechi Okoro recently spoke with Deadline about the future of the CW TV show.

Although All American didn’t perform all that well on The CW, EPs Robbie Rogers and Nkechi Okoro say the series has reached a new audience on Netflix:

We had such an awesome, loyal following when we originally aired on The CW, but it’s been amazing to see All American get a second life on Netflix. A whole new audience has discovered us and has been reaching out to both of us and our actors. The response/feedback has been overwhelming and humbling. While we don’t get numbers from Netflix, we have been trending on the site since its first weekend on there and the social media chatter around the show skyrocketed over the last three weeks.”

Does this mean The CW will order a second season? EP Greg Berlanti says:

A few weeks back, Nielsen released data to The CW saying All American was the number 3 show of the week for Netflix and number 2 in teenagers. Obviously Netflix is quiet about that sort of thing but all the indicators we’ve gotten are very positive and a good sign that the show is continuing to find an audience, just as Riverdale did after its first season on The CW and Netflix.”

If The CW does renew All American, Rogers and Okoro say they have “big plans”:

Clearly, you want The CW to kill us for revealing any spoilers. HA. Unfortunately we can’t share any of our plans if we are lucky enough to get a season 2 on The CW. However, what I can tell you is that in hopes of getting that season 2, we do have big plans. And we’ll continue to be inspired by Spencer Paysinger’s real life and continue to authentically portray the reality of black youth from various walks of life.”

What do you think? Have you seen All American? Do you want a second season?

Binge watched All American on Netflix love this show!! Please give your viewers another season!!!

I just got done watching all episodes of season 1 and I hope and pray this series will be continued. I was enraptured! Great cast and great writers, directors, etc…

OMG..great show directing acting music it’s like a movie every week, loving the characters and there layers. I would be dumbfounded if it didn’t come back, id love to see the real numbers on this s h ow the acti n g is outstanding real drama not over or under the top. My goodness you feel coop when she speaks and her eyes watch her eyes. Im gonna call it r ight now it will be back. If the CW doesent want it,netflix might maybe own or tyler perry would take it..only d ont change t he direction of the… Read more »

Great show that resonates with so many young people today. It needs to be renewed.

Omg yes we need a season 2 of all
American it is the best show on Netflix ! Please bring back another season ! #allamerican2!

I am a mother of 2 and in my early 40s. I think the show is amazing. The show has done a great job portraying the life in the neighborhood where I personally grew up without using offensive cliches. I think it would be wonderful for there to be a second season it would give us something different to look at other than reality TV shows where cultural cliches are masqueraded and put in our faces daily how very disappointed we are in our cable companies that we have to see ourselves portrayed as nothing but loudmouth ignorant thirsty women… Read more »

We need a season 2! I just finished the first and now I’m sitting here in disbelief that there’s not more!

My son who is at college playing football told me about this show and how his teammates were heard about and they were getting hooked and they were having binge watch parties at his dorm on the weekend. So I wanted to see what the hype was and as I was watching toward the end of the pilot my husband got hooked and had me restart it! When we were on episode 8, my two younger kids ages 13 & 11 watched it as well and we finished it on our trip to San Antonio (we’re from Channelview/Houston) binging while… Read more »

Please please please move forward on a season 2 of All American! I barely watch t.v. but I was glued to this! I need to know who the father is. I absolutely love this show!

I have watched All American season to completion in 3 days! It was great and I’m dying to see what happens now that Spencer’s little brother may be for Coach Baker.

PLEASE have a Season 2. I didn’t know about it on The CW and heard about it. So we finally watched it on Netflix and OMGGG!!! I’m gonna need Season 2 to start like next week!

Yes 2nd SEASON OF ALL AMERICAN ON CW PLEASE