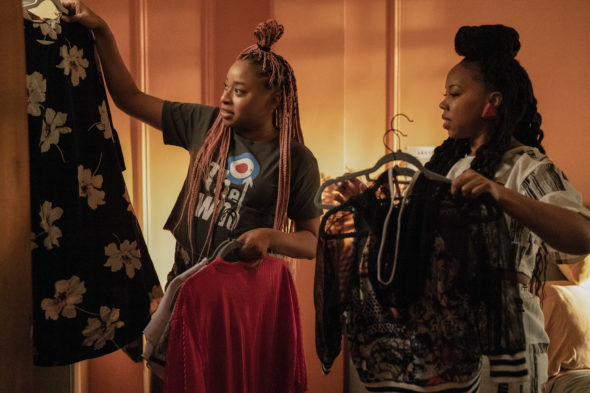 A Freeform single-camera comedy-drama series, the Everything’s Trash TV show is written and executive produced by its star, Phoebe Robinson. The series also stars Jordan Carlos, Toccarra Cash, Nneka Okafor, and Moses Storm. The story follows Phoebe (Robinson), a 30-something outspoken podcast star making her professional mark and sharing her views on money, politics, body image, and everything in between. She’s thriving (kind of) while living a broke and messy life in Brooklyn. Significant people in Phoebe’s life are Michael (Storm), her offbeat best friend and roommate who’s also a video game live-streamer, and Malika (Cash), Phoebe’s savvy and smart producer. She’s also very close with her “perfect” older brother, Jayden (Carlos), though they live very different lives. He has an upper-middle-class family life with his socialite-turned-feminist and professor wife, Jessie (Okafor). Phoebe tries to be on her best behavior when Jayden runs for political office but that’s easier said than done. She definitely moves to the beat of her own drummer.

What do you think? Which season one episodes of the Everything’s Trash TV series do you rate as wonderful, terrible, or somewhere between? Do you think that Everything’s Trash should be cancelled or renewed for a second season on Freeform? Don’t forget to vote, and share your thoughts, below.