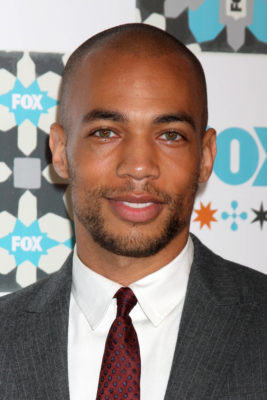 The Flash has some new company. TVLine reports Kendrick Sampson will recur on season four of the CW TV show.

On The Flash, Sampson will be playing “Dominic Lanse, a TSA agent who apparently was among the dozen bus passengers doused with dark matter and now possesses the ability to read other people’s thoughts — thus earning him the sobriquet of Brainstorm.”

Sampson will make his debut on the The CW series on December 5th at 8 p.m. ET/PT.

What do you think? Do you watch The Flash? How are you liking season four so far?

I think Kendrick is going an excellent job of mimicking the [previous] actor who played the Thinker.

Kendrick’s tone of voice… speech pattern… body language & mannerisms all say “He is the Thinker,” in a different body.

The transition between the two actors is believable solely due to the acting skills & ability of Kendrick Sampson.