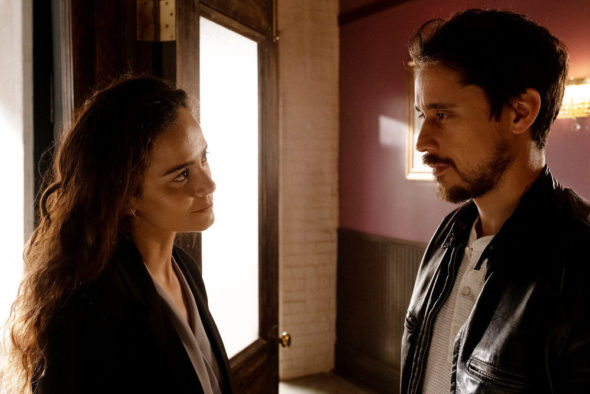 A USA Network crime drama that’s based on the Spanish-language telenovela and novel La Reina Del Sur by Arturo Pérez-Reverte, Queen of the South stars Alice Braga, Hemky Madera, Peter Gadiot, and Molly Burnett. The story follows Teresa Mendoza (Braga), a poor woman from Mexico on the run from a powerful drug cartel, who seeks refuge in the United States. She eventually rises to power, operating her own drug-trafficking empire. In season five, Teresa finally embraces her Queenpin status and all that comes with it. While she’s tried to maintain a strong moral code and lead with her heart, those values have begun to compromise her ability to stay on top. Now, Teresa must make tough decisions when it comes to those closest to her, all while continuing her quest for even more power.

What do you think? Which season five episodes of the Queen of the South TV series do you rate as wonderful, terrible, or somewhere between? Do you think that Queen of the South should be ending or should it have been renewed for a sixth season on USA Network? Don’t forget to vote, and share your thoughts, below.

Excellent drama. Realistic and riveting. Don’t cancel. If there are any intelligent network execs outside of USA networks, buy the show and watch the commercial revenues soar. Great ensemble of actors!

Keep this going because it just keeps getting better!! They balance a normal life with their fighting about the drug world and I find the characters very good. I’ve been watching it since the first show! Please keep it going.

Need more seasons…show is too good to cancel!!!!

The Queen Of The South should not have been cancelled! It is a great show!

Love love love this exciting and dangerous show! One of a kind— please keep on!!

No No No …don’t cancel the only good show on TV ..

Why, really, will be the show cancelled? This show is so good.

Love this show. It has a great story line and an awesome cast. It sad that good shows get cancelled. You would think, in the current climate, that people would champion a strong female character rather then watch a train wreck show with a group of women vying for a guy that must have something wrong with him because he can’t get a woman in real life. Makes you think

a great show that I’m going to miss. get that crooked judge!

I absolutely love watching this show, rite after I watch an episode I can’t wait to da next one! It’s one of those good ass shows that come & literally don’t last long, versas other shows that suck in my opinion that last longer.. some shows have da same rating but da best one gets canceled out, I really do hope it continues & they keep renewing da show !!!
#QUEENOFTHESOUTH #DONTCANCELE #SEASON6 #VOTETORENEW

I love the show and I do believe that there are a lot of people who just like myself missed the first night by either working late or just plain forgot so I think it’s unfair to make a decision on a one night stand it really should be rated for the entire season on whether or not it will be another season. Plus one other thing the people have already spoken for seasons 1-5 so there for 6789 & 10 should be a no brainer the show has not lost the audience it already has so please give it… Read more »

I work 13 hours a day so I was unable to watch it on Wednesday but I saw it on Thursday night.

Whenever I see a show that I like, it always gets canceled. Just glad for the 5 seasons. Actors are terrific

Excellent! Missed watching this..Glad Teresa & this series is back on ! Only thing I don’t like is all the darn commercials on our USA Direct TV channel..