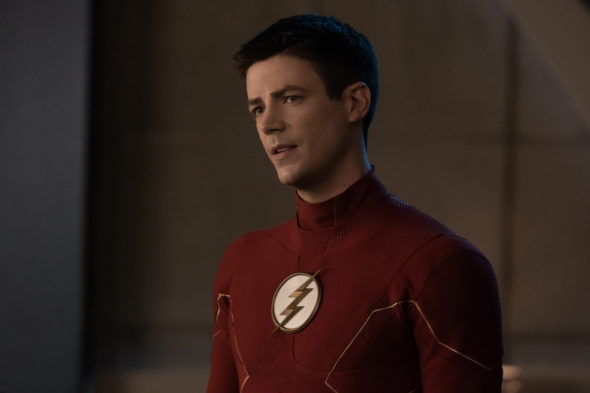 The scarlet speedster is gearing up for his final race. The CW has announced a premiere date for The Flash’s ninth and final season. There will be 13 episodes this time around, and they’ll kick off on Wednesday, February 8th. The debut will be followed by the midseason return of Kung Fu.

After defeating the Reverse Flash once and for all, the ninth season of The Flash picks up one week later following their epic battle, and Barr and Iris are reconnecting and growing closer than ever before. But when a deadly group of Rogues descends on Central City, led by a powerful new threat, The Flash and his team must once again defy impossible odds to save the day. But as The Rogues are defeated, a deadly new adversary rises to challenge Barry’s heroic legacy. And in their greatest battle yet, Barry and Team Flash will be pushed to their limits, to save Central City one last time.

“The Flash will be remembered as one of the greatest shows in the history of The CW, and everyone involved in its excellent nine-season run should be very proud,” said Brad Schwartz, President, Entertainment, The CW Network. “The team has delivered an epic final season, filled with plenty of twists, guest stars, and surprises that will delight every fan. Now is the time to catch up and enjoy this fantastic final ride alongside the fastest man alive.”

What do you think? Have you enjoyed The Flash TV show on The CW? Will you be sorry to see the series end? Would you have watched a 10th year?

Should have ended a few seasons ago.

I am upset that the series is ending honestly ,but I do understand that the cast is probably tired of doing the same thing over and over again with not much more to run off of seeing that they’ve canceled other great cw series like Arrow ,Super Girl and well I’m sure that next will be Superman and Louis and honestly as weird as the series changed after a few seasons the legends of tomorrow. I certainly hope that this will not be the end of these genre’s of TV series. I believe that their should be more shows just… Read more »

So Sorry to see this come to an end, it has been a very enjoyable adventure. Thanks to everyone on the show.

It was time to go need to end getting to be much storyline repeating The Cw DC Comic finally over original series . Nothing can compare Arrow and The Flash, Smallville we’re the best shows.