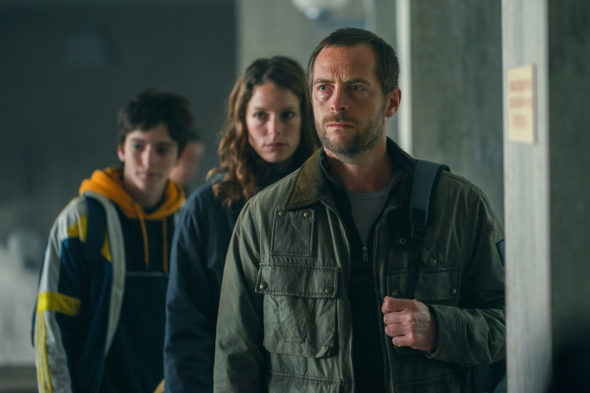 An EPIX science-fiction series, the War of the Worlds TV show stars Gabriel Byrne, Daisy Edgar-Jones, Léa Drucker, Natasha Little, Stéphane Caillard, Adel Bencherif, Ty Tennant, Stephen Campbell Moore, Bayo Gbadamosi, Aaron Heffernan and Emilie de Preissac. The story takes place in present-day Europe and begins as astronomers detect a transmission from another galaxy. This serves as definitive proof of intelligent extraterrestrial life. Within days, mankind is all but wiped out by a devastating attack and pockets of humanity are left in an eerily deserted world. Season two sees the characters left reeling by the possibility that the invaders could be human. A tense fight to take back the planet awaits them. For some, the sheer desperation to survive will lead them to contemplate sacrificing one of their own.

What do you think? Which season two episodes of the War of the Worlds TV series do you rate as wonderful, terrible, or somewhere between? Do you think that War of the Worlds on EPIX should be cancelled or renewed for a third season? Don’t forget to vote, and share your thoughts, below.

*7/7/21 update: War of the Worlds has been renewed for a third season.

I kept watching this entire series in the hope it would eventually make sense. 1000’s of alien ship simultaneously attacked killing off billions of people. Less than 100 earthlings seem to have survived and the whole story seems to be outwitting 100 or so human aliens. There are so many holes in the plot that it doesn’t stand up to any critical thinking. It’s not even fun to watch. Don’t waste your time and don’t believe the more positive reviews. I wanted to like this series

This show is horrible! Just awful. It’s cheaply made. Way too much over-acting.

What absolute cheaply made rubbish. Mechanical dogs, that are old tech even on our planet. Aliens that look like us, how convenient. It’s like an old soap opera, where everyone has personal demons and we are expected to follow their boring lives as they battle the bad aliens. What in insult to the original movie.

This is such an intelligent show. Am so glad it has been renewed. Hope the time shift/travel aspect is developed further in season 2.

Just finished watching the season 2 finale. I’m very glad to hear it’s coming back for a third. Love the show and the actors. It’s nice to see an intelligent sf show that makes you pay attention instead of just hearing it in the background. I do agree with poster Nigel: the whole time travel plot was tossed in pretty quickly without much explanation. Time travel can be dicey, but they seem to be handling it well. I hope we learn a lot more in the next season.

A brilliant re-imagining of the original. I’ve enjoyed every episode and just finished watching the last episode of season 2. I think my only criticism of the show is that they have introduced a “time paradox” without really exploring what that means and how it could effect future events. Hopefully season 3 will touch more on this. BUT, still consider it brilliant TV. How do they cover the streets of London like that, brilliant film production.

War of the Worlds is one of the best series on tv. It is super suspenseful. Excellent acting and script. I only wish there were more episodes per season.

We love War of the Worlds! Excellent production.

My husband and I love War of the Worlds! we are paying extra for Epix just to watch it.