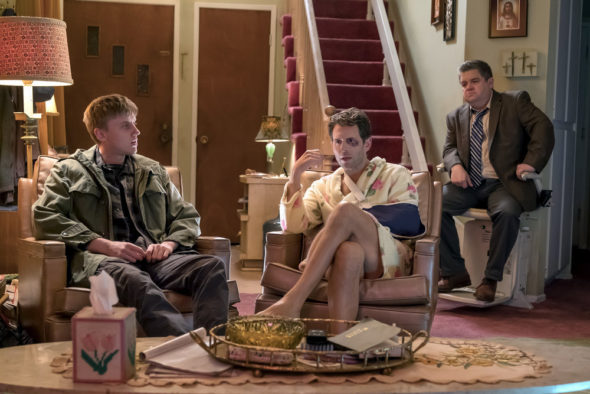 Does the first season of the AP Bio TV show on NBC make the grade? As we all know, the Nielsen ratings typically play a big role in determining whether a TV show like AP Bio is cancelled or renewed for season two. Unfortunately, most of us do not live in Nielsen households. Because many viewers feel frustration when their viewing habits and opinions aren’t considered, we’d like to offer you the chance to rate all of the AP Bio season one episodes here.

What do you think? Which season one episodes of the AP Bio TV series do you rate as wonderful, terrible, or somewhere between? Did you think NBC would cancel or renew AP Bio for a second season? Don’t forget to vote, and share your thoughts, below.

I’m sorry but most of what Lorne Michaels puts out is boring. Lol At that Sweden show….BORING! I’ve watched three episodes so far and….. Zzzzzzz……

I really hope A.P. Bio gets renewed for a second season. It is my favorite comedy by far, and I look forward to it every week. There is so much material for next season to conquer, so lets move past mediocre ratings and do right by the viewers who are loyal and invest their time and energy into this show.