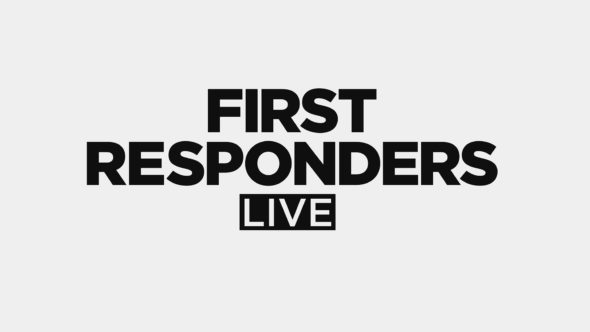 I like the show I just didn’t know when it came on. Now that I know I will be looking for it every Tuesday. Please keep it going .

I didn’t like that some of the shows didn’t continue, or tell the viewers, the culmination. I’m speaking of a high speed chase through a city, red lights, etc. What innocent family on their way home was killed that night? Also, I had to laugh at Commander Villarrreal…he should have done more research on his patron saint of drug trafficking. It translated as “saint of the poor”,back in the early 1900’s, before drug trafficking was a “thing”. This particular drug trafficker hijacked this saints position, and voila! If I were the Commander, I wouldn’t give his “saintly” claim even an… Read more »

First responders live is not live. When a host can tell you what is about to happen and you can tell the segment has been sped up, police walk up to car then next shot occupants are already out and standing behind the car, that is not live. That is pick and choose what to air just like a normal scripted Dick Wolf show. The host reads from teleprompter, how does “live” show have time to get information, get onto screen what they want the host to say and then introduce a “live” spot reading what he was shown. That… Read more »

I love the show and will continue to watch every week!

Might be the worst show of 2019. The host is a major tool. Why is he all dressed up and talking with hands and his body shakes/twitches. The host I ‘m afraid appears to suffer from a neurological disorder, hunched all over. Should get the ambulance for him and broadcast his shortcomings on tv. Live PD destroys this garbage. Dan Abrams and his team are much better than this mess.

I stoppped watching the first episode a few minutes in. Since it is live, it is uncensored & showed a man on a 4 wheeler get obliterated by a van during a police chase. It was horrific to witness.

Too many commercials. Had to follow the show with that many interruptions

I don’t know but seems pretty fake and made up to me.im just going by my own emergency situation back in 2014 when I litterly tore my hand 3/4’s of the way off…would not of wanted any of the technicians I’ve seen on this show working on me…real life emergency situations are really hard to fake…i think this show proves that…another way to try and get everybody to buy in to the no gun deal too…not gonna work…

Host and specialists are horrible but the show is good .

Get rid of the host! And specialists?.. On What?? Get rid of all of them. They bring no insight and cops series tv shows get ruined by being hosted. Get rid of the personal anecdotes, No one cares about your sob stories.

I love this show. I’m more appreciative of EMS workers when I see how calm they are and how good they are at calming their patients

I agree, I like seeing the fire & rescue portion as well as EMS! I know it’s “first responders” but cops already have 2 shows so leave them out of this one!

Terrible show with a so called police expert who is anti gun and has an agenda on police shootings.

Aweful show. I watch alot of pd live, etc and this is a mis. The host is bad, then they talk over the live clips so you hear 2 different voices at the same time. Then it seemed the host and guest are anti gun. Come on Fox. What happened to you. You used to have good shows. Very disappointed.

Agreed. I’m surprised at how poor this show is. The overlapping noise of the radios, sirens the host etc. makes it Difficult to hear. Close captioning isn’t even responding to it haha. I’ve seen this host on other Fox News? This isnt for him.
The 3 commentators in the background look like props? Fidgeting with paper and murmuring and when called upon to comment they just say yes or nod. They don’t offer any insight. The show is Produced and edited poorly

Watching it now…
The police “expert” is anti gun and makes excuses for a drug dealer who was caught by the CCSO with crack cocaine..

Exactly. As soon as they started remarking about AK-47s, we deleted the recorded show. It sucks. I can see a liberal bias on this one. Bye.

Just watched a Louisiana cop try to get a woman to give up her legally obtained revolver (illegally confiscate) on tonight’s episode. Disgusting anti 2nd amendment propaganda agenda pushed by Fox.