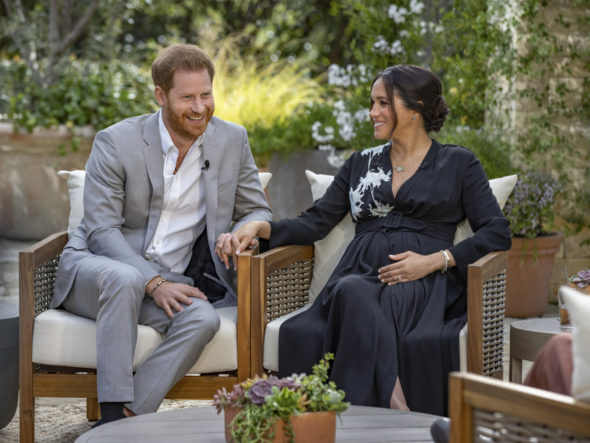 CBS is making a big swap to its Friday night line-up. The network is replacing tonight’s episodes of MacGyver and Magnum PI  with a reairing of the interview special, Oprah with Meghan and Harry. Blue Bloods will be replaced by a rerun of Clarice.

The next new episodes of MacGyver, Magnum PI, and Blue Bloods are expected to air March 26th. The network airs NCAA Basketball on March 19th.

What do you think? Did you watch the interview special when it originally aired on CBS? Do you plan to watch the special second airing tonight?

Once was enough for Meghan & Harry. Not all of us are obsessed with the ‘Royals’. We want to see MacGyver, Magnum, & Blue Bloods.

What do I Think? While they are important individuals within their sphere of influence, and as representatives of the Royak Family, I have no desire to watch the repeat. I did not watch the original airing, either. I would rather have watched MCGYVER and Magnum

This isn’t right – we want Blue Bloods! Once is definitely enough for Meghan and Harry. There has been enough about them all over the media. No need to repeat this!

Very disappointed my favorite shows will be replaced with trash. Not happy CBS, not happy at all. Needless to say, won’t be watching. Why? Why does it need aired again?

Boy, sure hope they get interviewed by Jerry Springer…
SARCASM

No, I don’t care about Megan M.
Love Blue Bloods

Why?? People interested in it like myself, DVR’d it already. No need to re-run at the expense of our Blue bloods! Seriously.

I dont really care about Megan andHarry. But let’s be clear.It’s all about your ratings. Maybe this doesn’t say a lot for me but I look forward to my Friday night shows.m Ifpeopl want to watch somethigthats already been viewed schedule it for 2;00 Am. So for all you CBS Network Executives get your heads out of your place where the sun don”t shine