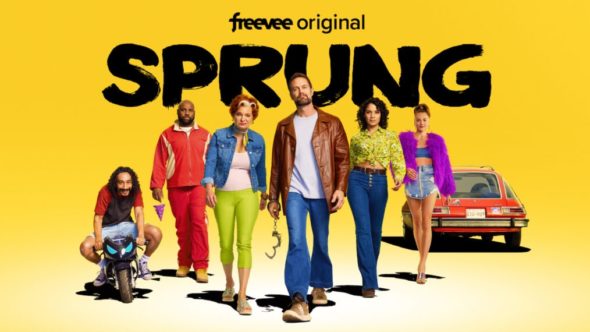 Sprung is coming soon to Amazon Freevee. The free streaming service has set a premiere date for the new comedy series from Greg Garcia. Starring Garret Dillahunt and Martha Plimpton (who both starred in Garcia’s Raising Hope series), Phillip Garcia, Shakira Barrera, James Earl, and Clare Gillies, the show follows an “unlikely group of formerly incarcerated people who band together to use their criminal expertise for good.”

Nine episodes are planned for the comedy which arrives next month. Amazon Freevee revealed more about the new series in a press release.

Check out the trailer for Sprung below.

What do you think? Are you excited to check out Sprung on Amazon Freevee next month?