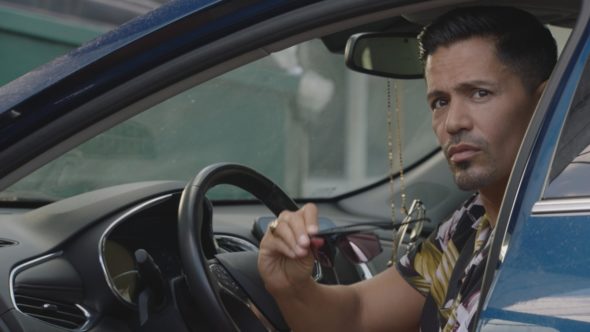 Rumors that surrounded Magnum PI made it seem like licensing fee issues were behind the cancellation of the drama series. Deadline reports that the series’ cancellation may have been influenced by “the bruising negotiations” CBS had to go through with Universal Television over the renewals of higher-rated dramas FBI, FBI: Most Wanted, FBI: International, and The Equalizer. Kahl said the following:

“You have some tough decisions to make and you have lots of factors — and I’m not going to rule [the licensing fee] out as one of them. It was a great team to work with, and one of the tougher decisions we had to make.”

As for the two Chuck Lorre comedies cancelled by the network, the decision was difficult. Kahl said the following about cancelling B Positive and the United States of Al:

“I’m not going to pretend and tell you [Lorre] was happy. He was disappointed with the news but he’s the single most talented comedy producer I’ve certainly ever worked with.”

CBS is already working with Lorre on new comedy shows.

The three series are produced or licensed by outside studios and networks see less profit from those due to the decline of revenue from traditional television viewing and the shift to streaming.

What do you think? Were you surprised by the cancellations of Magnum PI, B Positive, and United States of Al by CBS? Did you want more seasons of these three shows?

The United States of AL was such a good show. I’m disappointed they are canceling it. I think it was the first show of this last season that was so powerful. I was amazed. It was one of the best 1/2 hours of TV I’ve seen in a long time.

We could not believe CBS canceled Magnum. Best show ever. We loved Magnum. This show had some big shoes to fill and they did it. What the hell were they thinking?????? We r hoping someone picks it up even if it is streaming. CBS really sucks. Can’t believe that they already have a show in that time slot. Bodies weren’t even cold. Well no more network TV for us. Good luck CBS, you lost us when u canceled Bull and now Magnum.

Please bring Magnum PI back as soon as possible. Best show on TV.

I’m so mad they are taking away B Positive and United States of Al! They were great and just getting better!
I have an idea instead of taking away these 3 shows put them on Saturday night. During the 7 pm hour you can put on B Positive and United States of Al and then at 8pm put on Magnum PI and then at 9pm 48 hours. Instead of putting on 2 hours on encore shows.

I’m absolutely gutted that they cancelled Magnum PI! They really need to being it back asap….please best show ever, for everyone. Someone get it back on air

Magnum pi was so great….. I can’t believe it got cancelled!!!

Loved US of Al and B positive was a great show.

I sad by those shows being cancelled specially b positive with its all star cast. I dont understand why they can not be moved to Saturday night. Its worth a shot. Many good and high raped shows aired on Saturdays in the past. Could you imagin no golden girls or fact of life! Also its wrong to have only a hour of comedy on Monday and Thursday. Nights.

We should have known when Magnum kissed Higgins, it would be the kiss of death. But, it was a very good series, with Rick and the new baby and TC adopting the boy. Would have loved to see more cases being solved and more on the co-stars new lives. Will really miss this show! Could it be out on Paramount +? I would definitely watch it there like SEAL Team. CBS is my most favorite network to watch! I will mid US of Al as well. They were very funny. Did not think as much of B Positive half way… Read more »

Well, CBS can keep their lousy lineup.I too have had it with reality shows that CBS produces and the cast of participants that do nothing for intelligence. How many times does CBS put on a show, get an audience invested it it, shuts it down and figured we are stupid. They don’t care what viewership wants, they believe they can read our minds . I have found other networks, a d their programming to be of a higher standard. Maybe that’s why CBS will never be #1..in the news department and now on programming….change is needed!!!

Can’t believe you would take these three terrific shows off to air nothing but violence.i think we need more of the comedy in our lives…plus the shows u keep suck as a form of intertainment. .my favorite shows taken off the air ….politics…

United States of Al was really good and getting better. Disappointed to see it get canceled.