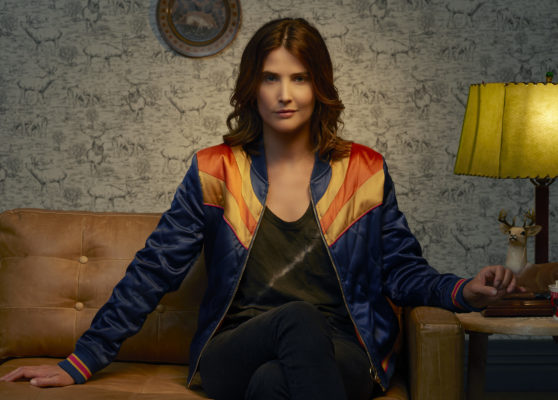 Can Dex catch a break? Has the Stumptown TV show been cancelled or renewed for a second season on ABC? The television vulture is watching all the latest cancellation and renewal news, so this page is the place to track the status of Stumptown, season two. Bookmark it, or subscribe for the latest updates. Remember, the television vulture is watching your shows. Are you?

Airing on the ABC television network, Stumptown stars Cobie Smulders, Jake Johnson, Tantoo Cardinal, Cole Sibus, Adrian Martinez, Camryn Manheim, and Michael Ealy. In the TV show, Dex Parios (Smulders) is a strong, assertive and sharp-witted military veteran who lives in Portland, Oregon. She has a complicated love life, gambling debt, and a brother with Down syndrome, Ansel (Sibus), to care for. With only herself to rely on, she solves other people’s messes with a blind eye toward her own. Her military intelligence skills make Dex a great private investigator, but her unapologetic style puts her in the firing line of hardcore criminals and the police aren’t her biggest fans either. Other characters include Grey McConnell (Johnson), a bar owner and Dex’s friend; casino owner Sue Lynn Blackbird (Cardinal); Dex’s friend Tookie (Martinez), a taco food cart owner; and Lieutenant Cosgrove (Manheim) Detective Miles Hoffman (Ealy) of the Portland Police Bureau.

The first season of Stumptown averaged a 0.49 rating in the 18-49 demographic and 2.84 million viewers. Find out how Stumptown stacks up against other ABC TV shows.

Will ABC cancel or renew Stumptown for season two? The traditional ratings aren’t very good but, given recent world events, I suspect that ABC may still renew Stumptown for a second season. I’ll update this page with breaking developments. Subscribe for free alerts on Stumptown cancellation or renewal news.

9/17/20 update: Stumptown has been canceled after an initial renewal by ABC.

What do you think? Were you hoping the Stumptown TV show would be renewed for a second season? How do you feel if ABC had cancelled this TV series, instead?

Just binged watched this series and now am really hoping it’s continued. The characters are so original compared to most series today and having a character like is so important. Hope it is returning

It was a perfect show for our time! A bisexual lead with plenty of characters surrounding her! It even brought in the American Indians and how well they prosper from the new age! Hey, Netflix and all the others you want new subscribers then pick this series up!

ABC IS DUMB has canceled “Stumptown” despite previously renewing the show for a second season.6 days ago. hope this is true Stumptown: Canceled after Season 1 (being shopped elsewhere)

The only way to save it like Lucifer is to hound and pound the airwaves with your wishes!

I really like and enjoy “Stumptown”. Unfortunately that is almost a death sentence for the show because everything I like gets canceled ASAP. Just sayin’.

We love Stumptown and The Rookie, glad it was renewed!

The husband and I enjoy this show and the whole cast very much. Renew please.