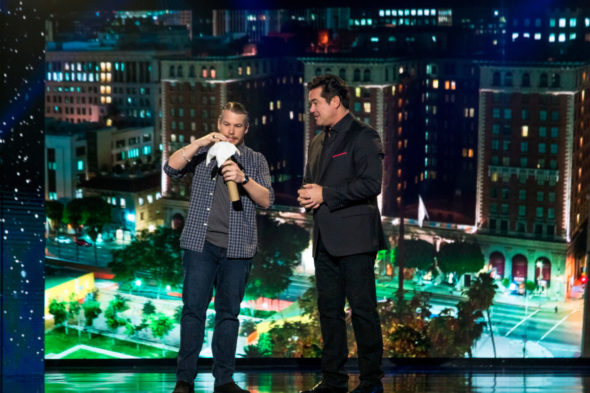 A CW stage magic series, Masters of Illusion debuted on Pax TV in 2000 and ran for two seasons before moving to MyNetworkTV for a third year before being cancelled. In 2014, The CW revived it on Friday nights. Dean Cain hosts the series, which features magicians performing escapes, large-scale illusions, and sleight-of-hand tricks in front of a live audience.

What do you think? Which season 11 episodes of the Masters of Illusion TV series do you rate as wonderful, terrible, or somewhere between? Are you glad that Masters of Illusion has already been renewed for a 12th season on The CW? Don’t forget to vote, and share your thoughts, below.