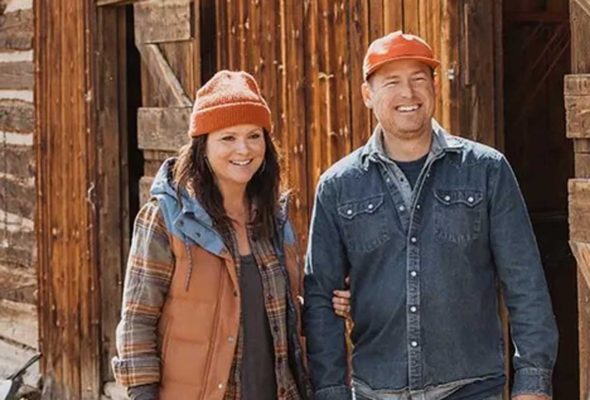 HGTV revealed more about the series’ renewals in a press release.

HGTV has picked up 16 new episodes of popular series Building Roots and Why the Heck Did I Buy This House?, with both sophomore seasons slated to premiere in 2023.

Building Roots, which attracted 14.7 million viewers to its freshman run and received an order for eight additional one-hour episodes, spotlights beautiful and innovative home renos inspired by the stunning natural surroundings of dreamy Pagosa Springs, Colorado. During the series, husband and wife duo Ben and Cristi Dozier build, design and renovate properties in their hometown, delivering one-of-a-kind, highly personalized work that always exceeds their clients’ expectations. Building Roots is produced by So Much Film.

Former CBS Survivor winner Kim Wolfe will return for eight hour-long episodes of Why the Heck Did I Buy This House?. The San Antonio-based designer, home renovator and busy mom of three, who attracted 15.2 million viewers to her first season, uses her tenacity and ingenuity to rescue homeowners with major buyer’s remorse. During each episode, Kim helps clients who feel stuck with dysfunctional layouts, outdated style and overlooked potential finally fall in love with their reinvented dream home. Why the Heck Did I Buy This House? is produced by High Noon Entertainment.

“Building Roots and Why the Heck Did I Buy This House? performed well right out of the gate,” said Betsy Ayala, senior vice president, programming & development, HGTV. “Their success contributed to the more than 50 million viewers who tuned in to HGTV in the second quarter, confirming that we should order more episodes of these series for next year’s programming slate.”

Fans are invited to stay connected with the series on HGTV’s digital platforms. The first seasons of Building Roots and Why the Heck Did I Buy This House? are available to stream now on discovery+ and more in-depth content is housed on HGTV.com. Fans also can interact via social media by following @HGTV and via #BuildingRoots and #WhytheHeckDidIBuyThisHouse on Facebook, Twitter, Instagram and TikTok.

What do you think? Are you excited to see more of these shows on HGTV?