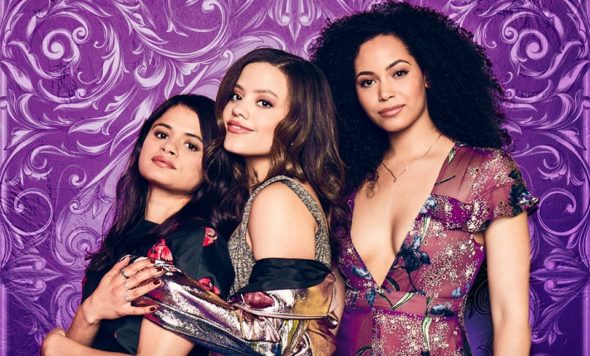 Will the sisters’ magic grow even stronger in the second season of the Charmed TV show on The CW? As we all know, the Nielsen ratings typically play a big role in determining whether a TV show like Charmed is cancelled or renewed for season three. Unfortunately, most of us do not live in Nielsen households. Because many viewers feel frustration when their viewing habits and opinions aren’t considered, we invite you to rate all of the second season episodes of Charmed here. *Status update below.

What do you think? Which season two episodes of the Charmed TV series do you rate as wonderful, terrible, or somewhere between? Do you think that Charmed on The CW should be cancelled or renewed for a third season? Don’t forget to vote, and share your thoughts, below.

*1/7/20 update: The CW has renewed the Charmed TV show for a third season.

This show is awesome! A modern day Charmed. I love the diversity aspect as well as the modern take on real issues we face in today’s society. They’re def in touch with ‘real’ more so than the original. I’m still a fan of the original… but, can relate to this one more so. Love when it’s not just a show full of white folks with that one token black to claim diversity. Not charmed reboot!

I absolutely love this show. I was a fan of the original and my loyalty continues. The premise and storylines continue to be great. The cast is exceptional. It relates to the new and old fans alike. Love it!

Keep the new diverse Charmed. It’s as good as the old Charmed and doesn’t demean it. I love them both but am definitely in favor of the new Charmed staying.

i love parker!!please renew!! And i want see more about parker and maggie!!they are so cute

horrible show worse reboot ive ever watched, i a second season and its so stupid and idiotic especially if youve seen the original

I love this show and how better it’s getting! I hope someday they will bring Piper and Phoebe to the show kind of like a crossover or something like an alternative Universe type deal. I love this show!

I live the new charmed this season is going to be better then the last. Plz give us a 3rd season yassssss.

Terrible, terrible reboot. Am very surprised it hasn’t been cancelled yet. This series has none of the charm, heart and magic of the *original* Charmed TV series (1998-2006).

please renew .. I love this so much it makes me cry.