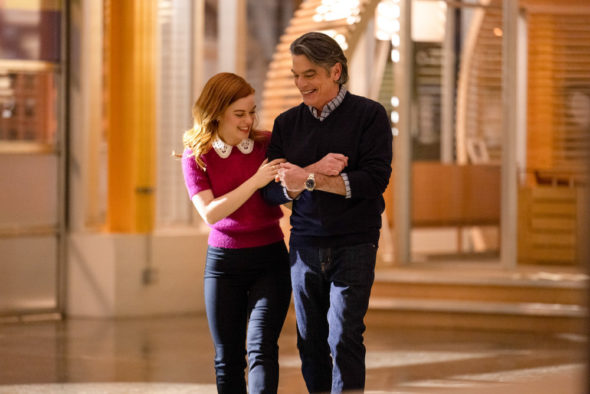 Zoey’s Extraordinary Playlist is still looking for a new home, but the cast has now been released from their contracts. Those contracts expired earlier this year, and they were not renewed due to the NBC cancellation. The musical drama follows Zoey (Jane Levy), a software developer who discovers that she can hear people’s innermost thoughts as songs in her head.

Deadline revealed the following about the possibility of the cancelled NBC series being renewed for a third season on a new outlet:

“Conversations are still ongoing, with various options to continue the story of Zoey Clarke explored — series, miniseries or a movie. While none is believed to be close to reality, if any progresses, Lionsgate would need to make new deals with some or all of the Season 2 regular cast, which included Jane Levy, Skylar Astin, Alex Newell, John Clarence Stewart, Andrew Leeds, Alice Lee, Michael Thomas Grant, Kapil Talwalkar and Mary Steenburgen.”

It is not known where the series would land for a new home – if it does at all.

What do you think? Do you still want a new home for Zoey’s Extraordinary Playlist?

Love the show and hoping someone picks it up.

It was one of the best shows out there. I really really hope a third season happens somewhere. And the word needs to get out about how absolutely amazing the show truly is! ✨✨

What the heck is wrong with NBC? They let their other musical based series several years ago go by the wayside….RISE.
save this one!
How about FREEFORM?

We need more shows like Zoeys to bring some entertainment to this harsh world.

Please bring Zoeys playlist back. We need some fun in this world today

I really appreciate Zoey’s playlist and want to not end so soon. Disney could pick up. Or Hulu or Netflix. Please let it work out it is the only good thing I have watched in a long time.

I enjoy the choreographed numbers and singing. It’s funny, and serious. It’s a great show. It seems like we’re getting to know the characters and then it’s over

Yes, I love the show. It’s nice to follow a show weekly rather binge watch an entire season of a show in one day.

Zoe has a terrific cast. It is one of the most clever, creative, heartwarming shows in years. We need this show

I really and truly loved this show please bring it back!!!!

So so creative! Everyone was so talented!! Got me thru the pandemic!! The only show I’ve ever rewatched! Please find a new home!! And soon!!