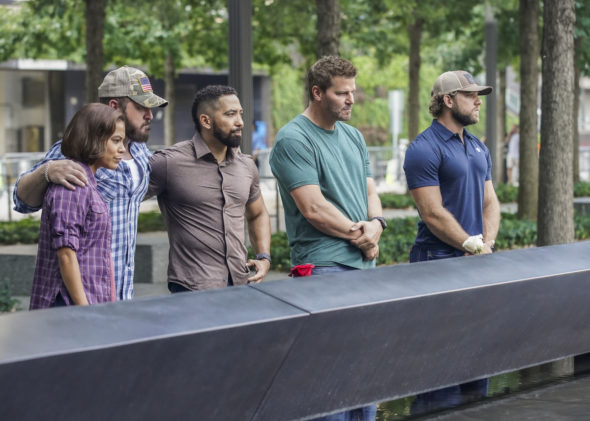 2/2/22 update: SEAL Team has been renewed for a sixth season on Paramount+.

What do you think? Are you glad that the SEAL Team TV show has been renewed for a sixth season? How would you feel if Paramount+ had cancelled this TV series, instead?

wasn’t going to follow them to paramount+ bc i was at my budget limit for streaming services, but i LOVE our boys, so i canceled my car wash subscription for it. IF they are not renewed, i will cancel paramount+

Please renew Seal Team. One of the only reasons I got Paramount plus.

Great Series!! Have been watching from the beginning and loved season 5. Would hate to see it canceled.

Please renew Seal Team!! My husband is retired Navy and we both love this show, but especially the characters. There is too much story left to just end it like that.

Love Seal Team! Would be highly pissed off if canceled!

Seal team is a great series. I would be very disappointed if it was canceled. This series
Is a tribute to the Seals and what they do for our country

Love the show and the Characters.

GREAT SHOW !!!, should of been more gritty from the start in terms of language as military do use language and its focus on home lives and pressures