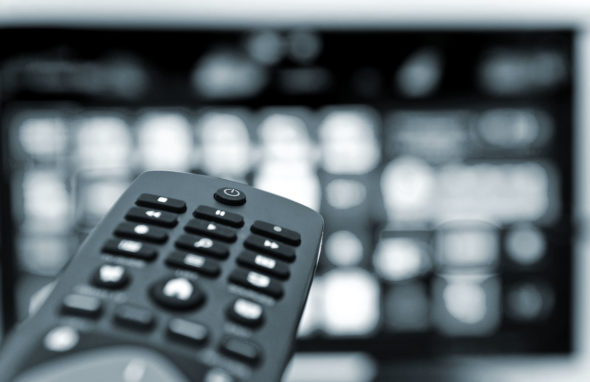 Like it or not, network TV series typically live and die by their Nielsen ratings. Since most fans do not live in Nielsen households, the average person’s preferences aren’t taken into account, and that is frustrating. While we can’t change the system, we want to give you an outlet for your opinions, so we invite you to vote for your favorite 2019-20 network TV shows here. Which programs are the best or the worst? If it were up to you, which TV series would be cancelled and renewed?

ABC TV series this season (so far): American Housewife, American Idol, America’s Funniest Home Videos, The Bachelor, The Bachelor Presents: Listen to your Heart, The Baker and the Beauty, Black-ish, Bless This Mess, Celebrity Family Feud, The Conners, Dancing with the Stars, Don’t, Emergence, For Life, Fresh off the Boat, The Genetic Detective, The Goldbergs, The Good Doctor, The Great American Baking Show, The Great Christmas Light Fight, Grey’s Anatomy, Holey Moley, How to Get Away with Murder, Kids Say the Darndest Things, Match Game, A Million Little Things, Mixed-ish, Modern Family, Press Your Luck, The Rookie, Schooled, Shark Tank, Single Parents, Station 19, Stumptown, To Tell The Truth, and What Would You Do?

Where is Lucifer? Best show on TV! Fabulous cast and storylines. This show has it all crime solving; action, humor, romance and beautiful people. Tom Ellis is HOT -HOT-HOT ,Lauren German has unbelievable chemistry with him and the whole cast interacts with humor and humanity. A show about salvation and love for every age group.

Where’s Macgyver, the 100 and queen of the south?

I love The Rookie. Please renew! Also, please do not try to write in the Covid-19 pandemic into the plot. I don’t want to watch real life when I am relaxing in front of my TV.

Bring back ENEMY WITHIN.

Animal Kingdom has the best plots,
acting, directing, and production on
tv today !

Yes these are all great oy

I meant, ‘these are all great ones

Henry danger is the best

God friended me is the best!!

God friended me is the best!!!!

bring all of there back, they are the great ones

I’d LOVE for there to be a season 2 of SOUTH OF HELL
Please and thank you!!!!

Station 19 is worthless. Nobody including me likes it. Just another way to get people to watch it before Grey’s Anatomy which isn’t working.

I disagree. Love this show (more than Grey’s Anatomy) + the team is awesome. I love the atmosphere, the way the characters are defined and the balance between interventions and personal matters. Good dynamic. The firefighters lifestyle, and how they have to be as one, both backstage and at work, to be efficient, is well-represented.

Fox’s Lone Star:911 caught my interest initially because Rob Lowe is an excellent actor. However, after watching the first five shows, his character’s ego is so overwhelming , I’ve lost interest in the story and will not watch any more.

Agree… it’s pretty terrible all the way around, sadly. The other 911 is so good!

Which one? The one with Angela Bassett? If so yeah I so agree.

The first 911 is so much better

I thought it was just me. That show is pretty awful. The problem is whenever they create show about Texas they over exaggerate.

I love to watch supernatural hope it returns every year.