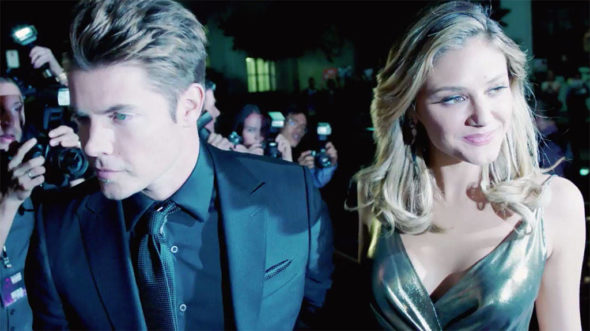 How goes Megan’s struggle during the second season of The Arrangement TV show on E!? As we all know, the Nielsen ratings typically play a big role in determining whether a TV show like The Arrangement is cancelled or renewed for season three. Unfortunately, most of us do not live in Nielsen households. Because many viewers feel frustration when their viewing habits and opinions aren’t considered, we’d like to offer you the chance to rate all of The Arrangement season two episodes here.

An E! Entertainment love story, The Arrangement stars Josh Henderson, Christine Evangelista, Michael Vartan, Lexa Doig, Carra Patterson, Autum Reeser, Katharine Isabelle, Courtney Paige, and Jacob Artist. The drama follows struggling actress Megan Morrison (Evangelista) who enters into a relationship contract with superstar Kyle West (Henderson), a devotee of the Institute of the Higher Mind, i.e. the Institute. When Kyle and Megan actually fall for each other, it complicates their relationship. Soon, secrets from their past threaten their love and their arrangement. Toward the end of the first season, Megan was kidnapped by the Institute and confined to the Facility, until she submitted to the cult. In season two, she and Kyle struggle to reconnect as they plan their big wedding.
END_OF_DOCUMENT_TOKEN_TO_BE_REPLACED