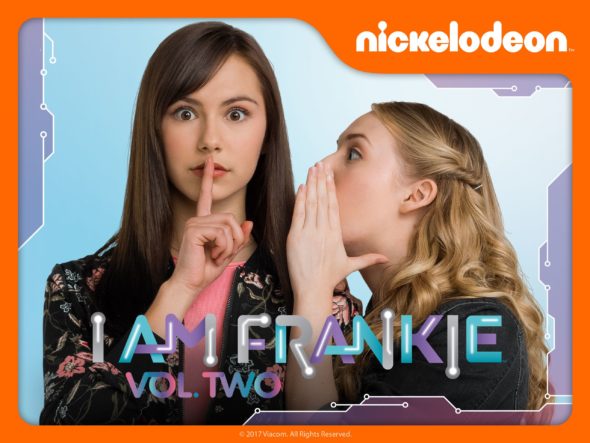 How well are Frankie and Dayton keeping it together during the second season of the I Am Frankie TV show on Nickelodeon? As we all know, the Nielsen ratings typically play a big role in determining whether a TV show like I Am Frankie is cancelled or renewed for season three. Unfortunately, most of us do not live in Nielsen households. Because many viewers feel frustration when their viewing habits and opinions aren’t considered, we’d like to offer you the chance to rate all of the season two episodes of I Am Frankie below. *Status update below.

Thanks to best friend Dayton (Nelson) and a circle of confidantes, the second season finds Frankie has finally settled in at Sepulveda High. When a new android arrives at school, and everyone finds out androids exist, it shakes up everything all over again. Meanwhile, the military company, WARPA (Weaponized Android Research Project Agency), returns with a new threat. Throughout all this, Frankie has to try to protect her friends and family, keep her true identity a secret, and still somehow lead a normal life.
END_OF_DOCUMENT_TOKEN_TO_BE_REPLACED