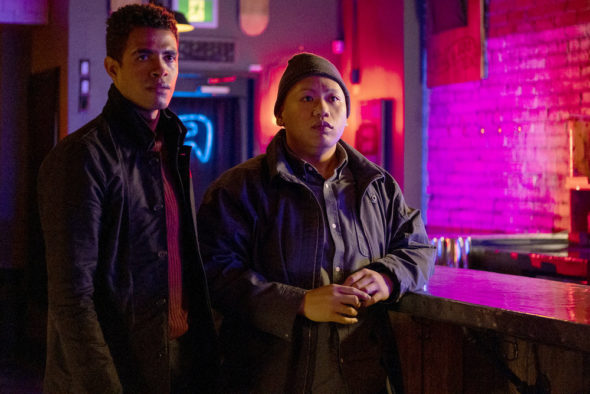 A Syfy supernatural drama series, the Reginald the Vampire TV show stars Jacob Batalon, Savannah Basley, Em Haine, Mandela Van Peebles, Aren Buchholz, Georgia Waters, Marguerite Hanna, and Sean Yves Lessard. In the story, young Reginald Andres (Batalon) lives a life of dreams deferred. One night, he meets a stranger named Maurice Miller (Van Peebles) who decides to help Reginald achieve what he wants. However, Reginald is killed by Maurice’s enemies, and the only way to “save” him is to make Reginald a vampire. Now, Reginald must learn how to survive his new and impossible lifestyle, which means keeping his nature a secret from everyone he knows. Along the way, Reginald manages more than just survival and discovers untapped abilities inside himself. Reginald becomes a better man as a vampire, but some powerful vampires want him eliminated. It turns out that the undead life is just as complicated as life itself.
END_OF_DOCUMENT_TOKEN_TO_BE_REPLACED